Raksha Bandhan 2020: In one of the pictures, Ranbir can be seen teasing Riddhima 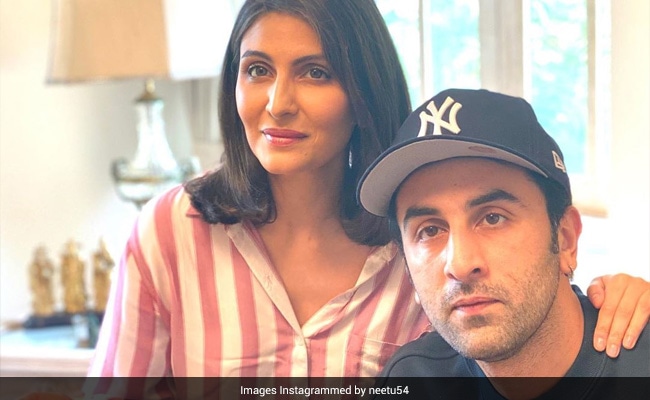 On Raksha Bandhan, actor Ranbir Kapoor and his sister Riddhima Kapoor Shani occupied a spot on the list of trends, courtesy pictures from their Rakhi celebrations. Adorable and fun-filled pictures of the siblings were shared by their mother, actress Neetu Kapoor, and by Riddhima too on social media. In the photos, Ranbir can be seen sporting a black t-shirt and a cap while Riddhima looks gorgeous in a pink and white shirt and blue trousers. In one of the pictures, Ranbir can be seen teasing Riddhima with a tilak on his forehead while in another, the duo can be seen posing for the camera adorably. Sharing the pictures Neetu Kapoor and Riddhima captioned them with heart emojis.

A post shared by Riddhima Kapoor Sahni (RKS) (@riddhimakapoorsahniofficial) on Aug 3, 2020 at 2:16am PDT

Earlier in the day, Ranbir Kapoor and his girlfriend Alia Bhatt joined the actors' cousins, including Kareena Kapoor, for a family lunch. Kareena shared pictures form the get-together on social media, in which she can be seen posing with her husband Saif Ali Khan, their son Taimur, Randhir Kapoor, Neetu Kapoor, Ranbir, Alia, Riddhima; Rima Jain and husband Manoj Jain and their kids Armaan and Aadar, Armaan's wife Anissa Malhotra, Randhir Kapoor's niece Nitasha Nanda and Agastya Nanda - grandson of his late sister Ritu Nanda. Tara Sutaria, who is rumoured to be dating Aadar Jain, was also there. Check out the pictures here:

Riddhima is currently living with her family in Mumbai. Earlier, she travelled from Delhi to Mumbai in May to be with her mother after the death of her father Rishi Kapoor. The actor died on April 30 in Mumbai after battling cancer.