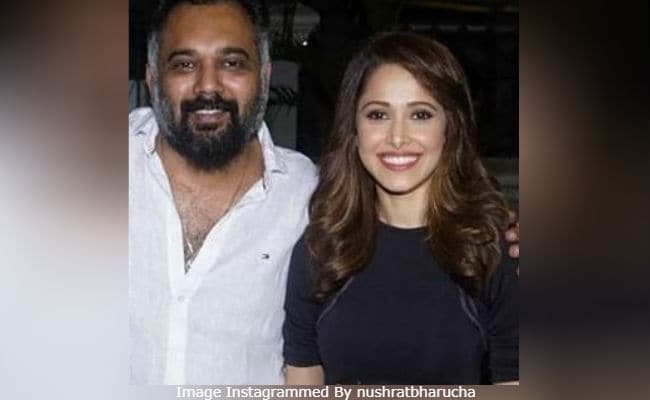 Nushrat Bharucha has worked in all the four films directed by Luv Ranjan (Courtesy: nushratbharucha)

Nushrat Bharucha has come out in support of filmmaker Luv Ranjan, who has been named as an alleged sexual harasser by an actress. Nushrat shared a lengthy post on Twitter saying that he has "never made her feel uncomfortable and that Luv Ranjan has always stood up for girls." Nushrat, who is over a decade-old in the industry has films like the Pyaar Ka Punchnama series, Akaash Vani and Sonu Ke Titu Ki Sweety, to her credits. These are the only four films directed by Luv Ranjan. "By now, everyone who's reading this already knows the significance of #MeToo. Being a woman myself, I understand the courage it takes to speak up and how much it hurts to suffer silently. But I also know what it means to be accused falsely. I'm talking about the accusations being leveled against Luv Ranjan," read the first few lines of Nushrat Bharucha's post.

"I was the first girl cast in Pyaar Ka Punchnama and I have been an actress in all of his films ever since. So, one can view this in two ways: either I am too close to see things objectively, or, I am one of the few people who, without a doubt, can tell you who this man really is. This is my story, my experience, from where it all began..." she added.

Nushrat, in her post, has also recounted her experience of meeting Luv Ranjan eight years ago and till now and added that the primary reason for which she worked with him and his team multiple times is because she "feels safe, protected, respected and cared for."

In her defence for Luv Ranjan, Nushrat also highlighted points like once Luv Ranjan had dropped a photoshoot where she and other actresses were supposed wear bikinis and once fired a crew member for misbehaving with a woman on the film sets. He has been "a shield for us all," she wrote.

This is my story. I stand by Luv sir. pic.twitter.com/lqNBAjrQgt

"He has actually been our go-to guy for everything and has never failed us. All the women who have worked with him, whether actors, or technicians, or crew, I know, will vouch for this," the 33-year-old actress concluded.

Hours after Luv Ranjan's name came up in the alleged sexual harassment case, actor Ajay Devgn, who was supposed to work with the director in his next film, issued a tweet in support of the #MeToo survivors and said that he and his production house strictly abstain from working with "anyone has wronged even a single woman." Ajay Devgn's statement didn't name or even hinted at anybody.

In her #MeToo account, the unnamed actress has accused Luv Ranjan of misconduct during a script reading session of Pyaar Ka Punchnama. Later, he issued a statement on social media, strongly dismissing the allegations against him and said that he has "never misbehaved with any woman, but apologises if he has hurt anyone."

#MeToo allegations have piled-up against several prominent personalities from the film fraternity and many actors have distances themselves from working with the alleged predators, including Akshay Kumar, whose Housefull 4 director Sajid Khan was also accused of sexual misconduct. Aamir Khan has also stepped away from a film because of allegations against a team member.

With Love To Anushka Sharma And Virat Kohli From Madhuri Dixit, Farhan Akhtar And Other Stars