In Wake Of India's #MeToo, Ajay Devgn Says Won't Stand For The Accused

"I'm disturbed by all the happenings with regards to #MeToo," said Ajay Devgn 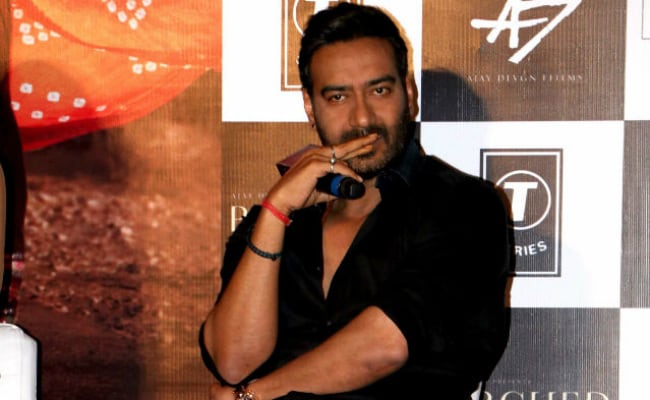 As #MeToo allegations continue to pile up, several stars and celebrities have begun to distance themselves from the accused. Ajay Devgn is the latest star to have issued a tweet in support of the #MeToo survivors. In his tweet, the 49-year-old actor said that he and his production firm - Ajay Devgn Films - will strictly abstain from any association with those who have been named as alleged sexual predators. "I'm disturbed by all the happenings with regards to #MeToo," is how Mr Devgn began his tweet and added: "My company and I believe in providing women with utmost respect and safety. If anyone has wronged even a single woman, neither ADF nor I will stand for it."

While Ajay Devgn has not named or even hinted at anybody in his tweet, his statement comes hours after filmmaker Luv Ranjan denied the allegations made against him after he was named as an alleged sexual harasser by an actress, who wished her identity to remain anonymous in an interview with mid-day. Earlier this year, Luv Ranjan announced his new film with Ajay Devgn and Ranbir Kapoor leading the cast, the shooting of which was said to begin next year. On Friday, the director was implicated in a #MeToo account after the unnamed actress accused the filmmaker of misconduct during a script reading session of Pyaar Ka Punchnama.

The actress alleged, she was made uncomfortable with the queries made by the filmmaker, following which she left the meeting and opted out of the film: "I went and sat in my car and started shaking and crying. I'd escaped," she said. In her interview, she also alleged Luv Ranjan asked her to 'strip' at the look test of Pyaar Ka Punchnama. After she quit the film, Mr Ranjan allegedly continued to get in touch with her, saying he was 'misunderstood': "As for Luv, he kept sending me messages for about a month, saying I'd misunderstood him, but he never apologised."

Speaking to mid-day, Mr Ranjan dismissed the allegations as 'absurd' and added that he'll even cooperate in a legal enquiry if the need arises: "It's absurd. It's so absurd that I don't know what to say except that I deny it. I don't know how to react to an anonymous allegation beyond this and am willing to face any legitimate enquiry."

The #MeToo movement caught up with Bollywood after Tanushree Dutta revived a decade-old allegation of harassment against Nana Patekar, accusing him of sexual misconduct on the sets of a 2008 film. Other industry celebs such as Sajid Khan, Subhash Ghai, Alok Nath, Rajat Kapoor, Kailash Kher, among others, have also been implicated as alleged sexual predators. Aamir Khan and his wife Kiran Rao recently stepped away from a film because of sexual misconduct allegations against a team member.