Subhash Ghai, Accused Of Raping A Woman, Says 'Deeply Pained To Be Gripped In #MeToo Movement'

Subhash Ghai also dismissed the #MeToo movement as a 'fashion' 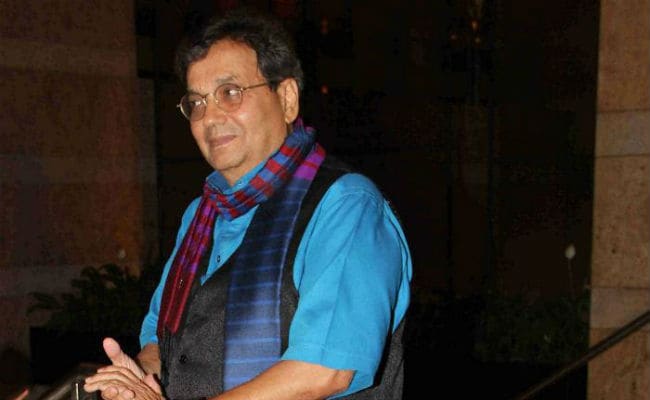 A file photo of Subhash Ghai at an event in Mumbai.

Filmmaker Subhash Ghai, accused of raping a woman after spiking her drink several years ago, tweeted on Friday that he is "deeply pained to be gripped in this movement (#MeToo)." A day after the 73-year-old filmmaker strongly denied the accusations made against him, he tweeted: "Destiny shows you good times (and) bad times. I'm deeply pained to be gripped in this movement but thank those who know me and the respect I shower to women and their dignity in spite of our cosmetic world we live and react more through our love, affection and respect Now, seen in different perspectives."

On Thursday, Twitter user Mahima Kukreja re-shared an account originally narrated to her by an unnamed woman, who said that Subhash Ghai promised to be her "mentor in the film industry." She alleged that Mr Ghai often invited her to late-night sessions at his place of work - a two-bedroom flat, which she said he called his "thinking pad." The survivor also alleged that Mr Ghai forcibly tried to kiss her and touch her inappropriately and then one day, he spiked her drink and drove her to a hotel (where she a claims a "suite was always reserved for him"), where he allegedly raped her. In her account, the survivor said that she was "in and out of consciousness"; however, she remembers asking Mr Ghai to drop her home.

Subhash Ghai denied the allegations and told news agency PTI: "It is sad that it is becoming a fashion to malign anyone known, bringing some stories from past without any truth or blown up false allegations if all. I deny strictly and firmly all false allegations like these." Mr Ghai also added that he'll sue the survivor for defamation if she can't prove the allegations. "If she claims this way, she should go to the court of law and prove it. Justice will be done or I will go for defamation certainly," he was quoted as saying.

Many prominent film personalities have been outed as alleged predators in India's #MeToo movement. Celebrities such as Alok Nath, Nana Patekar, Kailash Kher, Rajat Kapoor and Vikas Bahl, among others have been named and shamed by survivors.

Some members of the film industry have also started distancing themselves from the alleged predators - Vikas Bahl is no longer coproducing Kabir Khan-directed '83 and he will be kept away from the promotions of Super 30. Phantom Films, which he co-owned with Anurag Kashyap, Vikramaditya Motwane and Madhu Mantena, disbanded and Mr Kashyap and Mr Motwane issued statements in which they said that they believe the accusations made against Mr Bahl.

Meanwhile, on Thursday Aamir Khan and Kiran Rao issued a joint statement saying that they're backing out of a project because of sexual misconduct allegations against a team member. The person is believed to be Subhash Kapoor, who was accused of molesting actress Geetika Tyagi in 2014 and the matter is in court. Mr Kapoor is no longer directing Gulshan Kumar biopic Mogul, producer Bhushan Kumar told Indian Express.