Arjun Kapoor said: "It is unfortunate as they were sorted and successful people who were going to be the torchbearers of change in our films" 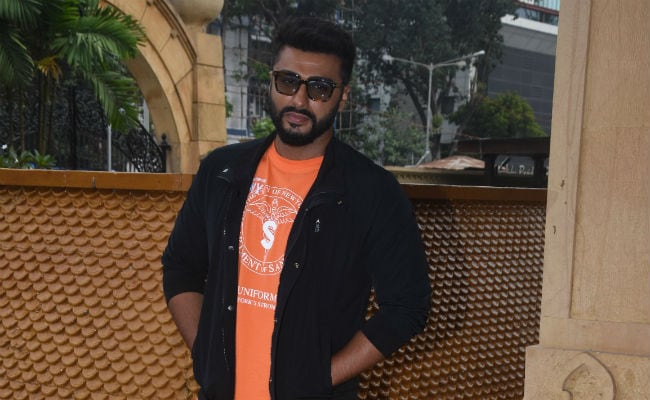 Arjun Kapoor during the promotion of Namaste England in Mumbai.

After Imran Khan, actor Arjun Kapoor also says that some industry members knew about Vikas Bahl's alleged inappropriate behaviour with his female colleagues but added that no one could do anything based on hearsay, reports news agency PTI. He explained: "It is like when there is a robbery happening in your house, the neighbour can't file the complaint." Vikas Bahl has been accused of sexual harassment by three actresses and a former colleague. Last week, Phantom Films, which Mr Bahl co-owned with Anurag Kashyap, Vikramaditya Motwane and Madhu Mantena, was shut down, reportedly as a result of an investigation launched by his former partners based on allegations of their former colleague. Mr Kashyap and Mr Motwane tweeted separate statements, in which they said they believed Mr Bahl guilty of sexual misconduct. Vikas Bahl on Wednesday sent notices to his former partners saying he will sue for defamation unless they apologise for their tweets.

Arjun Kapoor was also critical of Phantom Films' reportedly informal way of functioning. "Not having an HR in office is bizarre, I am not able to wrap my head around this. It is basic for any company, you could have saved the girl from further damage if you had a safe environment in your office, it is sad and bizarre," he told PTI. "We had only heard, we had no understanding. It is unfortunate as they were intelligent, sorted and successful people who were going to be the torchbearers of change in our films. It is a sad time for people as we are still processing what happened. There is no reason talking about individuals, giving them more importance than they deserve. They will be outcast anyway."

Speaking about the fate of the film personalities implicated in the #MeToo allegations, Arjun Kapoor said: "People who are going to be named are not going to be able to roam around easily. It is going to be a different environment."

After Tanushree Dutta revived a decade old case of harassment against Nana Patekar, several women recounted their #MeToo stories, some of which were several years old. Writer Vinta Nanda, actress Sandhya Mridul and an unknown member from the crew of 1999 filmHum Saath-Saath Hain outed Alok Nath as an alleged sexual predator. Rajat Kapoor, Kailash Kher and poet-lyricist Vairamuthu have also been implicated in the #MeToo allegations.

Arjun Kapoor told PTI that it is not important when the survivors shared their stories; instead, what they're saying is crucial: "Whether one takes, ten years or 20 years, it is not important. They can take 30 years or three minutes. The fact that they had the courage to come out and take names is commendable. They are in a vulnerable position and we need to let them put everything out."

"We all need to shut up and listen. To look for excuses is stupid, we have to introspect as an industry and as a profession. We have to try and find a solution to make it a safe environment for women."

Arjun Kapoor said that he's happy because #MeToo movement finally caught up with the Indian film industry. "If the film industry has to be a villain for there to be a cleanse in society, for people to have fear to ever do these things again, if we can cause that fear in any man across the country and stop him subconsciously from doing something like this, I will take that."