Nayani Dixit, who co-starred with Kangana in Queen, recently opened up about her alleged unpleasant experience of working with Vikas Bahl 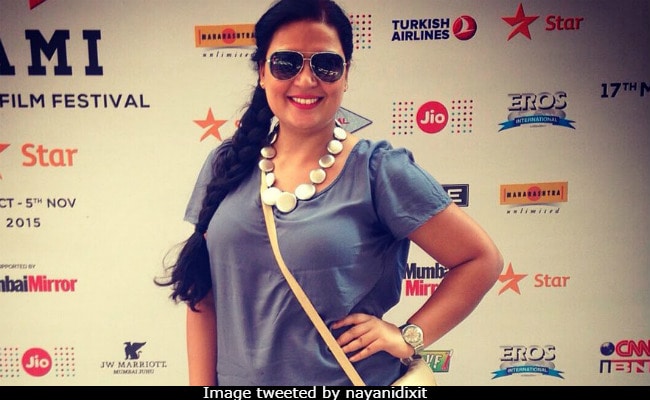 After Kangana Ranaut, actress Nayani Dixit, who co-starred with Kangana in Queen, recently opened up about her alleged unpleasant experience of working with director Vikas Bahl for the 2014 film in an interview with Bollywood Hungama. Speaking to the publication, Ms Dixit, who played the role of Kangana's friend Sonal in Queen, alleged that the filmmaker made unwelcome advances at her. Nayani Dixit's interview arrives just three days after Phantom Films was dissolved duo to the sexual misconduct charges against co-owner Vikas Bahl. The filmmaker has been accused of sexually assaulting a woman in 2015. "Whatever the girl has accused Vikas Bahl is not at all wrong because he also tried his hand on me. I literally told him that 'main tumhe maarungi if you do this again'. So I am sure he did the same with the girl in question as well," Bollywood Hungama quoted Nayani as saying.

Nayani Dixit alleged that Mr Bahl was unnecessarily rude with her the following day at work: "Next day, when I came on the sets, something went wrong with my hair. I didn't get it as it's not my area of concern. But Vikas blasted me and he behaved very weird with me. Now when I look back, I realized that why this behaviour. Since he did not get a chance on me, he was taking revenge."

In her interview, Nayani Dixit also claimed that the filmmaker even offered her to share his room when Queen was being filmed in Delhi: "They kept us in a 2-star hotel. When I said that I am not comfortable, Vikas told me that he can share his room with me. Look at his audacity!"

Ms Dixit added that it's not just her but Mr Bahl also "flirted" with other female members of the film's team and at one point, Kangana Ranaut intervened: "We were shooting for the London Thumakda song and in the crew, there was a 21-year-old local Delhi girl who was in the costume department. Vikas flirted even with her and she was very uncomfortable and she later confided to me that why this person is always behind me. Even Kangana Ranaut was witness to this drama and even she was taken aback. She remarked, 'Tu pagal hai kya?'"

In a recent interview with India Today, Kangana Ranaut also accused Vikas Bahl of sexual misconduct on the sets of Queen. He has also been accused of inappropriate behaviour by another actress, who alleged he "forcibly tried to kiss her." On Monday, Hrithik Roshan tweeted to say that a "harsh stand" will be taken against Vikas Bahl, who is directing him in Super 30. Some reports state that Mr Bahl has already been dropped from the promotions of Super 30 and also from an Amazon Prime show he was meant to direct.

Meanwhile, Ms Dixit had tweeted this over the weekend: "Thank god it's shut. Phantom Films, the worst production house I have ever worked in during queen, with shittiest people and shittiest attitude towards new actors with money exploitation," On Saturday, Anurag Kashyap, who formerly co-owned Phantom Films along with Vikas Bahl, Vikramaditya Motwane and Madhu Mantena, tweeted that the production company has been shut down - at that time his tweet had no whiff of the allegations against Vikas Bahl. Soon after, an expose in Huffington Post the survivor's account in detail.

Nayani Dixit has also accused Vikas Bahl of hijacking credits for Queen, which won three National Awards. She claimed that credits for the film's success should actually be assigned to the chief assistant director on sets: "She knew her work very well. It's all her contribution and Vikas just took the credit and the National Award. Warna jisne Queen banaya, woh Shaandaar jaisi itni buri film kaise bana sakta hai," she said.

There's been no reaction from Vikas Bahl so far on the allegations.