After Kangana Ranaut, Another Actress Accuses Vikas Bahl Of "Forcibly Trying To Kiss" Her 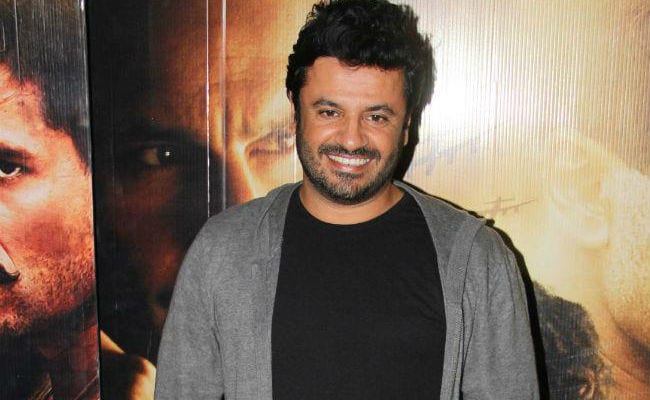 A file photo of Vikas Bahl during a film screening in Mumbai.

An avalanche of allegations about filmmaker Vikas Bahl are piling up after another actress (on the condition of anonymity) came forward with her story of how the Queen director allegedly "forcibly tried to kiss" her. Speaking to Miss Malini, the unnamed actress said that she always considered Mr Bahl "dodgy" and was careful to never be alone with him. However, when she went to a party with at least 20 other people, the 47-year-old director allegedly "got really drunk (or pretended to be) and he forcibly tried to kiss me on the lips, I pushed him and left immediately and he pretended not to see me leaving."

The actress also alleged that "pretending to be drunk and feigning ignorance" is apparently Vikas Bahl's modus operandi. "That's his strategy, he pretends to be drunk. He caught the corner of my mouth when he tried to kiss me and I pushed him, not enough people were around to have seen it. But after I left he kept asking, "Are you hungry, should I make you some kebabs, did you eat?" feigning ignorance. That's what he does. Pretending to be drunk then saying things like, "I didn't do anything, did you do something?," she told Miss Malini.

In her interview with Miss Malini, the actress said that Vikas Bahl's alleged indecent behaviour was no secret: "His ex-wife knew about his shenanigans too. He's basically ruined her life. He got fired from some places he worked at before on similar ground."

Over the weekend, it was announced that Phantom Films, co-owned by Vikas Bahl along with Anurag Kashyap, Vikramaditya Motwane and Madhu Mantena, had been dissolved and as per a Huffington Post India expose, it appears that an old sexual harassment claim against Mr Bahl was the precursor. Last year, Mr Bahl's alleged sexual misconduct at a 2015 Phantom Films party in Goa was widely reported. It seems that it took his partners in Phantom Films over a year to sift through legal options before winding the company up. In separate tweets Anurag Kashyap and Vikramditya Motwane confirmed they believed that Mr Bahl is a predator, that they had suspended him after the reports last year and 'named and shamed' him in Bollywood circles. Both filmmakers promised to never allow predatory behaviour on their watch again.

While Anurag Kashyap blamed the lack of legal options, the actress who spoke to Miss Malini questioned: "Why start a company with a repeat offender when you know? This can't be a surprise to anyone."

Soon after the Phantom Films announcement and the HuffPost expose, Vikas Bahl's Queen actress Kangana Ranaut revealed that she too had experienced intrusive behaviour from the director. "Every time we met, socially greeted and hugged each other, he'd bury his face in my neck, hold me really tight and breathe in the smell of my hair. It took me great amount of strength and effort to pull myself out of his embrace. He'd say 'I love how you smell K'. I could tell something is wrong with him," she told India Today.

The charge that Mr Bahl's behaviour was no secret echoes Tanushree Dutta's assertion that many people knew of actor Nana Patekar's alleged misconduct with women. Ms Dutta recently renewed a decade-old harassment allegation against Mr Patekar which she has now gone to the police with.

Nana Patekar, however, continues to film his current project - Housefull 4 with actors such as Akshay Kumar. Vikas Bahl also, despite the naming and shaming, is helming Super 30 with Hrithik Roshan in the lead. It will be the last movie produced by Phantom Films.