Mahesh Bhatt On Vinta Nanda's Account Of Rape: 'I Am Quite Devastated'

Mahesh Bhatt has worked with Vinta Nanda in 1997 serial Kabhie Kabhie, which was directed by him 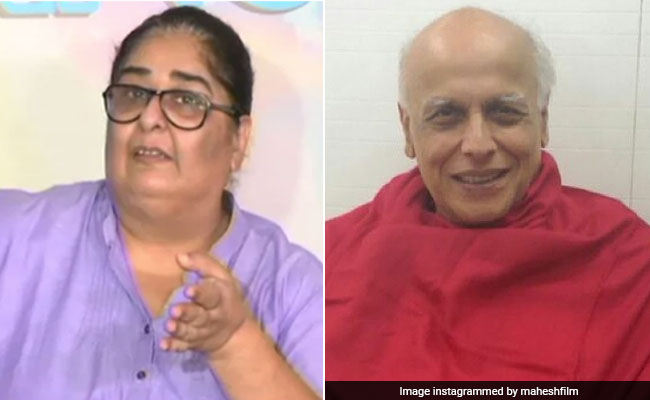 Filmmaker Mahesh Bhatt, who is a friend of writer-producer Vinta Nanda, in an interview to news agency IANS, said that he is "quite devastated" to learn about her harrowing account of being raped and violated 19 years ago. "She is a friend. I am quite devastated. We have sat down and she has spoken about her personal issues, financial issues and her relationship problems and never brought this out. What was it that was keeping her (from talking about it)," IANS quoted Mahesh Bhatt as saying. Vinta Nanda's heart wrenching post on Facebook revealed shocking details of her being violated. Though she did not reveal the name of her harasser in the post, her description of him as a lead actor on 90s TV show Tara and her use of the term 'sanskaari' was identification enough that Alok Nath is the alleged rapist.

Mahesh Bhatt, who has worked with Vinta Nanda in 1997 serial Kabhie Kabhie, wants to know why she didn't confide in him when something such grievous had taken place. "By saying 'Why are you saying it now?' I am not doubting her. I am saying, 'Why didn't you tell me?'. When Mallika Sherawat said somewhere that she was being solicited by men when she was working, I said 'Why didn't you tell me. You should come and tell me everything about what's happening," Mahesh Bhatt added.

Mahesh Bhatt's wife Soni Razdan tweeted after Vinta shared her harrowing account Facebook. "Oh Vinta Nanda, so sorry you had to deal with this all alone so many years ago. Can anything be done? What is unacceptable is the fact that the channel did nothing to protect the girl in question amounting to the most abject callousness on its part. Things really need to change," Soni Razdan wrote.

Oh @vintanandaSo sorry you had to deal with this all alone so many years ago. Can anything be done ? What is unacceptable is the fact that the channel did nothing to protect the girl in question amounting to the most abject callousness on its part. Things really need to change ! https://t.co/KvjMr4bwIB

After being identified by social media as the sanskaari actor who allegedly raped writer Vinta Nanda close to 20 years ago, Alok Nath in his defence said that he 'neither denies not agrees' with Ms Nanda's account. Speaking to ABP News Alok Nath said: "Neither I am denying this nor do I would agree with it. It (rape) must have happened, but someone else would have done it. Well, I do not want to talk much about it as for the matter if it has come out, it will be stretched. We only have to hear to women's stand because they are considered weak."

Alok Nath will soon be receiving a show cause notice from the Cine And TV Artistes' Association or CINTAA asking him to explain why he should not be expelled from the film body. CINTAA official Sushant Singh urged Vinta Nanda to file a formal complaint, promising full support.

Vinta Nanda in an interview to news agency ANI said that she will be meeting advisors and will decide her course of action. "I would imagine he's afraid and he is the one who needs to deal with his fear. I am fearless today because I have spoken what I had to and I've let it out. And for the first time in 20 years, I'm feeling fearless, like I used to feel at that time before this happened," Ms Nanda said, reports ANI.

Accusation against actor Alok Nath comes in the light of #MeToo Movement, which exploded after Tanushree Dutta revived a decade old case of harassment against Nana Patekar.