'Heard About Vikas Bahl From 3 Actresses.' And Imran Khan Has Many Other Stories To Tell

Vikas Bahl has been accused of sexual misconduct by four women, including his Queen star Kangana Ranaut 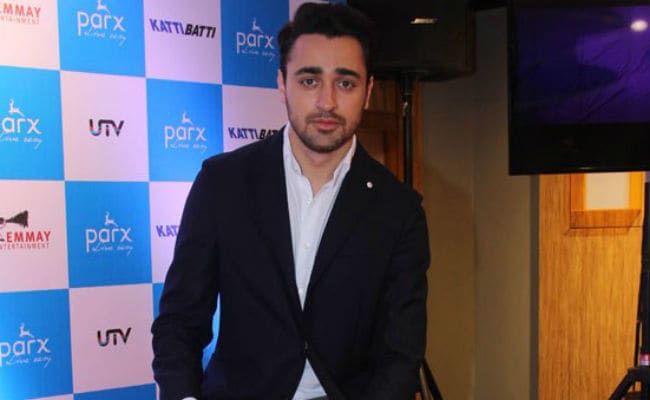 Imran Khan at an event in Mumbai

Actor Imran Khan heard stories about filmmaker Vikas Bahl's alleged inappropriate behaviour from three actresses, he told The Indian Express. He said that the filmmaker's alleged misconduct ranged from unwanted touching to actually demanding sexual favours in return for roles. Vikas Bahl has been accused of harassment and assault by four actresses, one of them Kangana Ranaut with whom Imran Khan starred in Katti Batti and whom Mr Bahl directed in Queen. Ms Ranaut's Queen co-star Nayani Dixit has also alleged that Vikas Bahl harassed her. Mr Khan did not reveal if any of the three actresses he spoke to are among Mr Bahl's four accusers.

Imran Khan spoke at length about the allegations about Mr Bahl to Indian Express and also that he has witnessed and wanted to speak up about alleged misconduct but was advised not to. "Everyone is talking about Vikas Bahl. I have heard his stories from three other actresses. Ranging from inappropriate touching to straight up saying that if you were cast in the film, what will I get in return," he said.

Speaking to the publication, he said that #MeToo was long overdue and added that "there have been times when I wanted to speak out, but was advised not to as people will assume I am trying to grab publicity."

"There are a lot of things that have happened in front of me and bothered me for years. Even after being aware of so many things, I could not say it out because I somewhere felt no one will support me on it. I cannot name people I am talking about, but I will tell you stories as I know it," he told Indian Express.

Imran Khan, nephew of superstar Aamir Khan, made his Bollywood debut in 2008 with Jaane Tu Ya Jaane Na. In his decade-long career, the 35-year-old actor has worked with stars such as Deepika Padukone, Sonam Kapoor, Katrina Kaif, Kareena Kapoor and Akshay Kumar apart from Kangana Ranaut.

Imran Khan recounted an 'appalling' incident from years ago to Indian Express: "Very early in my career, there was a director who was auditioning for the female lead in a film. He made girls do a photoshoot in bikinis. These photographs went straight to the director's personal laptops. These were not costume tests. These were not even used for marketing. So, what was he doing with these photographs? Later, he was showing these photos to the three shortlisted actresses and other women on the sets. I found it appalling. It is sexism and definitely emotional and mental harassment. It was a wrong usage of power. There is a story later that happened with the actress. I hope she speaks of it through the story I am telling, it is her choice."

Vikas Bahl is accused of assaulting a woman at a Phantom Films party in 2015. Phantom Films, which he co-owned with Anurag Kashyap, Vikramaditya Motwane and Madhu Mantena, has now been dissolved, as a direct result of holding Mr Bahl accountable for his alleged actions. On Wednesday, ANI reported that Vikas Bahl sent notices to Mr Kashyap and Mr Motwane saying he will sue for defamation unless they apologise for their tweets in which they said they believed him guilty of sexual misconduct.

Imran Khan told Indian Express that the film industry knew about the alleged assault and that Bollywood 'brushed it under the carpet.' When he raised it at a private party, he was the only one who spoke. "I am telling you what I know directly through the actresses or from the industry. The story of this girl (in case of Vikas Bahl) came somewhere a year ago, if I am not wrong. Everyone in the film industry knew. I was at a social gathering 5-6 months ago, with a lot of people and the conversation came about #MeToo movement in Hollywood," Mr Khan said.

"At a point, I said what about Bollywood? The Vikas Bahl matter was brushed under the carpet, a few weeks after the news first appeared. I saw him smiling, posing for pictures with every celebrity in the industry. At that point, he started making a film with Hrithik (Roshan). I was like how is it in Hollywood a culprit is shunned but here he was making a proper film. Everyone was socialising with him. So, I brought it up at the party and realised only I was only odd one there," he added.

As accusations began piling up against Vikas Bahl in the last week, Hrithik Roshan, star of his upcoming film Super 30, tweeted to say that a 'harsh stand' would be taken against the filmmaker 'if need be.'

To Indian Express, Imran Khan concluded by saying, "These people might not come out in open, but I wanted to stand up and say I support them completely. I cannot be silent about it anymore. My conscience will not allow me to. As a man, I know what it is to say that. I do not want to deal with negative publicity but how these women have come out is brave. I do not want them to feel that men in the industry are not standing by them. I have chosen my words and said what I intended to say. I have been silent for long enough and it makes me feel dirty."

Vikas Bahl has allegedly been dropped from Super 30 promotional material and also allegedly from an Amazon Prime project. He plans to sue his former Phantom Films partners Anurag Kashyap and Vikramaditya Motwane, both of whom have said they believe he is guilty of misconduct.

Vikas Bahl's name has also been dropped from the credits of '83, Ranveer Singh film directed by Kabir Khan. The Indian Film And Television Directors' Association (IFTDA) has also sent him a show-cause notice.