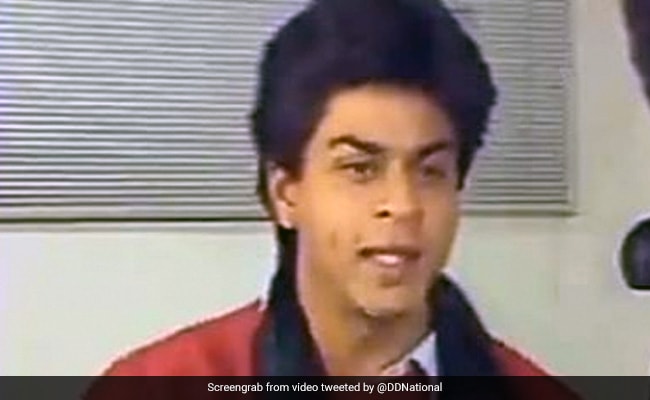 After Circus and Fauji, Doordarshan is all set to re-telecast another one of Shah Rukh Khan's old shows - Doosra Keval, a 1989 television serial that featured the actor in the lead role. Amid the ongoing lockdown, Doordarshan is catering to its audience's nostalgia by bringing back golden oldies such as Ramayan, Mahabharat, Byomkesh Bakshi, Shriman Shrimati, Buniyaad and Shaktimaan. Now, the channel announced on their official account that they will soon re-air the 1989 classic: "Coming soon - Doosra Keval starring Shah Rukh Khan on DD Retro." In Doosra Keval, directed by Lekh Tandon, Shah Rukh Khan played a double role.

The show featured the actor as a village boy named Keval, who moves to city to pursue higher studies but never returns to his village as he dies while trying to stop his friend from becoming a terrorist. The show was named Doosra Keval because in the later half, when Keval's mother and sister (played by Vinita Malik and Natasha Rana, respectively) recall their memories of him, his lookalike (also played by Shah Rukh Khan) appears at their door. They both eventually accept him as the second Keval. The show also starrerd Arun Bali.

The re-telecast of Shah Rukh Khan's Circus and Fauji on Doordarshan made the viewers nostalgic. The actor played the role of circus troupe member Shekharan in Circus while his role of an Army officer in Fauji is still fondly recalled by many of us. Fauji was Shah Rukh Khan's TV debut.

In one of its previous tweets, Doordarshan revealed that Ramayan became the "most-watched entertainment show" in the world. A tweet from its official account read: "World record! Rebroadcast of #Ramayana on #Doordarshan smashes viewership records worldwide, the show becomes most watched entertainment show in the world with 7.7 crore viewers on April 16."

Rebroadcast of #Ramayana on #Doordarshan smashes viewership records worldwide, the show becomes most watched entertainment show in the world with 7.7 crore viewers on 16th of April pic.twitter.com/edmfMGMDj9