Read inOther Languages
This Article is From Apr 15, 2020

"He would have worked for 36 hours at a stretch if he was asked to," said Renuka Shahane 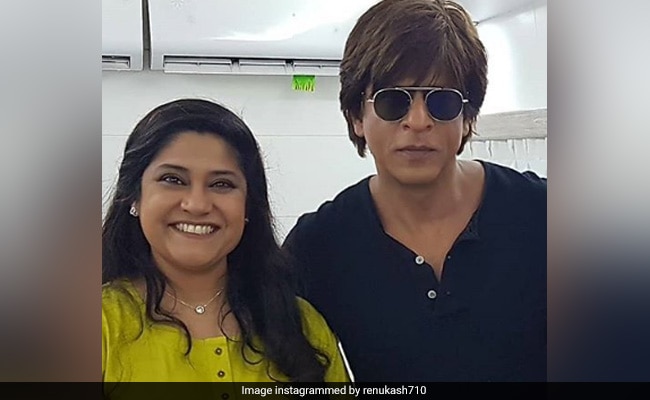 It's been over two weeks since Doordarshan brought back Shah Rukh Khan's 1989 series Circus amid the nationwide lockdown. Renuka Shahane, who co-starred with Shah Rukh Khan in the iconic show, recently opened up about her experience of working with the actor in Circus and told Mumbai Mirror: "He was a workaholic." The actress, who played the role of Maria in Circus, added: "He would have worked for 36 hours at a stretch if he was asked to. That kind of energy was very infectious. Plus, all of us were already excited to work with him. I definitely was, because I had loved Fauji." Shah Rukh made his TV debut was in 1989 with Fauji.

Talking about Shah Rukh Khan's popularity in the nineties, Renuka Shahane said: "Shah Rukh was a huge craze even at that time because his previous show Fauji had done so well. He was like a heartthrob even then. At that time when he was not even a film star, I've seen him getting mobbed by fans and a crowd of around 20,000 people gathering there just to see Shah Rukh Khan," she was quoted as saying by Mumbai Mirror.

Those who grew up watching Circus on DD in the 90s still remember Shah Rukh Khan's role of circus troupe member Shekharan on the show. Circus also starred Pawan Malhotra and Ashutosh Gowariker, who is now a renowned director. The show aired from 1989 to 1990 on Doordarshan and was aired again in 2017 and 2018 on popular demand. Other than Circus, classics such as Mahabharat, Ramayan and Shatimaan have also returned to the small screen.