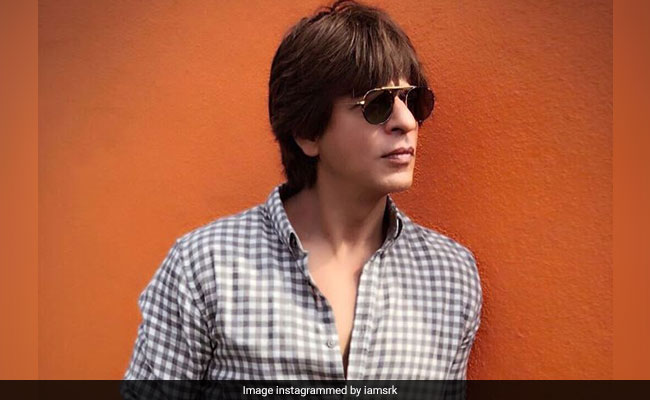 Superstar Shah Rukh Khan flew Mumbai-New York on Monday to make his debut on David Letterman's popular talk show My Next Guest Needs No Introduction, which airs on Netflix, confirmed a recent press release from his representative. In the wee hours of Wednesday, Shah Rukh Khan tweeted that he's headed to the Big Apple and wrote: "Flying into another city that never sleeps... A great idea for someone like me. New York calling." However, the actor didn't mention anything specifically about the show in his post but previously, several reports stated that Shah Rukh Khan's episode of David Letterman's show will be shot in front of a love audience on May 16.

Flying into another city that never sleeps... A great idea for someone like me. New York calling.

David Letterman is an American television host, comedian, writer as well as a producer who has hosted late night television talk shows for 33 years in his career. He debuted on small screen with Late Night With David Letterman on NBC in 1982. After his retirement from television, he switched to the now widely popular Netflix show My Next Guest Needs No Introduction, which premiered on January 12, 2018. On his show, David Letterman has had guests from all walks of life including personalities such as Barack Obama, George Clooney, Malala Yousafzai and Jerry Seinfeld and soon Shah Rukh Khan will also mark his name on the esteemed list. We are sure that the episode featuring the star on the talk show will deliver a package of entertainment.

Shah Rukh Khan has also hosted television show TED Talks India: Nayi Soch, which was based on the format of TED Talk conference and was conducted by media organization TED. In that show, celebrities like AR Rahman, Sundar Pichai, Manju Kapur, Javed Akhtar, Karan Johar, and Mithali Raj shared their life-altering experiences. He had also addressed students at several universities.

On the work front, Shah Rukh Khan is reportedly working with choreographer-filmmaker Farah Khan on her upcoming film, which will be produced by Rohit Shetty.