Total Dhamaal: "Gear up for the wildest adventure ever," Ajay Devgn wrote 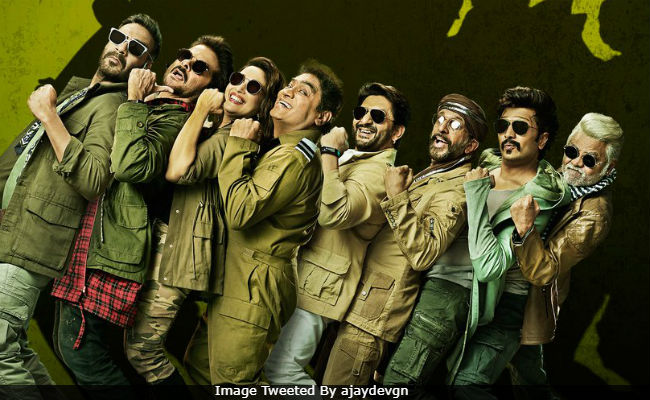 "Gear up for the wildest adventure ever," that's how actor Ajay Devgn introduced the first poster of his new film Total Dhamaal, also starring Anil Kapoor, Madhuri Dixit, Arshad Warsi and Riteish Deshmukh. In the poster, these stars can be seen standing next to each other and look very excited. Ajay Devgn leads the gang while Anil Kapoor, Madhuri Dixit and others follow him. "Aaj se hoga sirf Total Dhamaal. Gear up for the wildest adventure ever," wrote Ajay Devgn, adding that the film's trailer will be out on January 21. Javed Jaaferi, Johnny Lever and Sanjay Mishra, who are also part of the film, feature in the first poster of Total Dhamaal.

Aaj se hoga sirf #TotalDhamaal.
Gear up for The Wildest Adventure Ever!!
Trailer out on 21st Jan. pic.twitter.com/R4S4rOzJIG

Earlier this week, Ajay Devgn also revealed that Crystal the monkey, who featured in Hollywood films like Hangover II and Night At The Museum, will be a part of Total Dhamaal. "Say hi to Hollywood's head-turner Crystal, debuting soon in Bollywood in Total Dhamaal," he wrote.

The film is a reunion of sorts for Ajay Devgn, Madhuri Dixit and Anil Kapoor. Ajay and Madhuri will share screen space after 18 years. 2001's Yeh Raaste Hain Pyaar Ke and Lajja were their last two films together. Anil Kapoor and Madhuri have been co-starred in several hit films of the Nineties and 2000's Pukar being the last one. They recently teamed up to voice the characters of Baloo and Nisha, respectively for Netflix film Mowgli: Legend Of The Jungle.

Total Dhamaal is directed and co-produced by Indra Kumar. It is scheduled to release on February 22.