Toofan Singh Banned, Yes. But Not By Prasoon Joshi: Reports 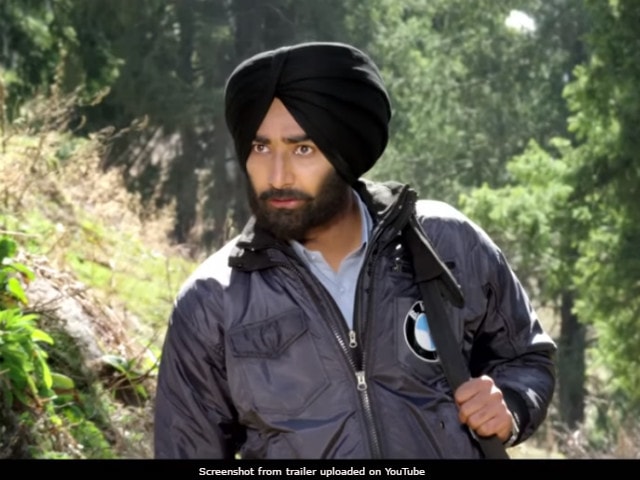 New Delhi: A new Punjabi film titled Toofan Singh has been trending since yesterday for reportedly being banned by the Central Board Of Film Certification. New Censor Board chief Prasoon Joshi has already featured in headlines for the one to have reportedly discarded the film but actor Raza Murad, who stars in the film, said otherwise in his interview to Indian Express. Mr Murad claimed that Toofan Singh was reviewed and banned during Pahlaj Nihalani's reign as the Censor Board chief. It appears that the timeline of events may have prompted reports to name Mr Joshi as the one to have banned the movie - Mr Nilahani was replaced as the Chief censor by adman and lyricist Prasoon Joshi only earlier this month. Toofan Singhstars Punjabi singer-actor Ranjit Bawa as the protagonist, who plays the role of a terrorist.

In his interview to Indian Express, the veteran actor said the CBFC refused to certify the movie deeming the subject as negatively influential for young cine-goers. "Toofan Singh is a Punjabi film based on a terrorist. The Pahlaj led CBFC banned the film because according to them the film glorifies terrorism, and that might give a wrong message to today's youth," said Mr Murad, who features in the role of a minister in the film.

Mr Murad is still looking forward to the film's release, which has premiered in international theatres already. "However, the film has been released in many countries, and has been received warmly. Unfortunately, it never saw the light of day in India. Hopefully, it will someday," he told Indian Express.

Earlier, a report in DNA quoted a source close associated with the CBFC as saying: "Toofan Singh is a terrorist, who goes on a rampage killing corrupt cops and politicians. And they've compared him to Bhagat Singh. The film is brutal and anarchic. We couldn't empathise with its message of brute power, let alone grant it a censor certificate."

Promoted
Listen to the latest songs, only on JioSaavn.com
Pahlaj Nihalani had assumed office as the Chief of Central Board of Film Certification in 2015 and had a controversial career spanning two years. He was criticised for being overtly sansakari and his love for chopping out scenes and suggesting cuts. Last month, Aamir Khan had attempted to refresh the Censor Board's memory about his actual job profile: "As far as my knowledge goes, the CBFC in any case isn't supposed to censor, it is supposed to grade the film and certify ki kiss age group ko hum ye dikha sakte hain."

In the past, movies like Udta Punjab and NH10 have suffered the worst of blows of the Censor Board. More recently, Babumoshai Bandookbaaz and Lipstick Under My Burkha triumphed but not without a few cuts.

Toofan Singhcentral board of film cerification