"With good intent, I will try to make as much difference as I can. I think there is some sort of understanding that needs to be brought in," said Prasoon Joshi 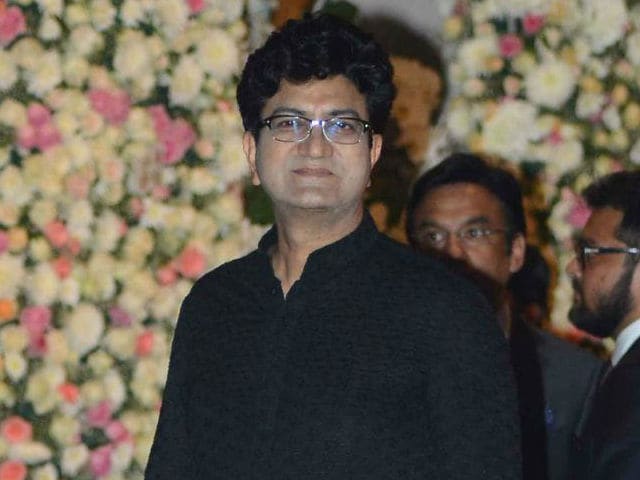 New Delhi: Adman-lyricist Prasoon Joshi, who replaced Pahlaj Nihalani as the chief of the Central Board of Film Certification on Friday, told the media that he hopes to carry out his responsibilities in a constructive manner. "With good intent, I will try to make as much difference as I can. I think there is some sort of understanding that needs to be brought in. I have believed that right and responsibilities are better served with constructive contribution," said Mr Joshi. "One hopes to make a positive difference with the guidance and support of respected minds. Right now my priority will be to understand the work assigned to me," he added.

Prasoon Joshi will serve as the chief of the Central Board of Film Certification for a period of three years or until further orders, Information and Broadcasting Ministry said in a release, reported news agency PTI.

Pahlaj Nihalani's ouster as the chief of the Central Board of Film Certification is the result of a tenure marked by criticism. He was accused of autocratic conduct and of morally policing films. He courted controversies for a demand for multiple cuts in films like Lipstick Under My Burkha, Indu Sarkar and Babumoshai Bandookbaaz.

Prasoon Joshi is an Indian lyricist, screenwriter, poet and marketer. He began his Bollywood career as a lyricist in 2001 with Rajkumar Santoshi's Lajja. This followed with films like Hum Tum, Fanaa, Taare Zameen Par, Black, Delhi 6 and Neerja. He has also written dialogues for Rang De! Basanti and the script of Bhaag Milkha Bhaag.

Prasoon Joshi has received the National Award for Best Lyricist twice - for Maa (Taare Zameen Par in 2008 and for Bolo Na (Chittagong in 2013. He won NDTV Indian of the year Special Award for Lyrics in 2009.

Promoted
Listen to the latest songs, only on JioSaavn.com
Prasoon Joshi has written the lyrics for the anthem of Prime Minister Narendra Modi's Swacch Bharat campaign.