Vidya Balan 'Glad' That Current Censor Board Members Are 'Like-Minded'

Vidya Balan is one of the newly appointed members of the CBFC, which also includes names like Vivek Agnihotri, Narendra Kohli and Gautami Tadimalla 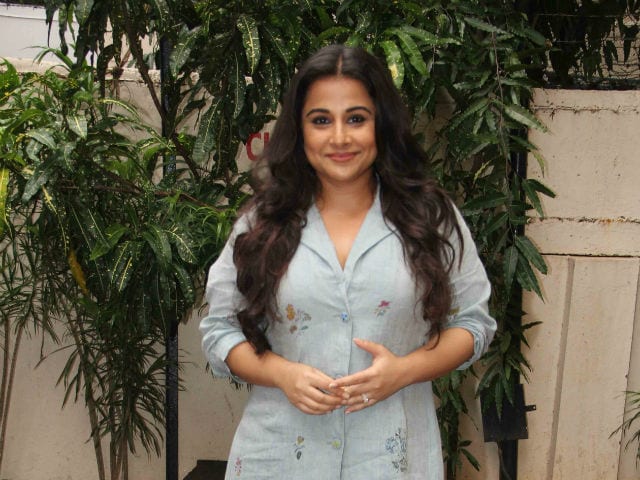 New Delhi: Actress Vidya Balan, who is one of the newly appointed members of the Central Board of Film Certification, reveals she's "glad" to work with members of the CBFC, who are "like-minded," reports news agency PTI. Recently, adman-lyricist Prasoon Joshi replaced Pahlaj Nihalani as the new chairperson of the CBFC. Vidya Balan is happy that the board now comprises people with similar opinions. When asked about her decision to be a part of the CBFC, the 38-year-old actress told PTI: "I thought if I don't say yes to this, I'd lose the right to criticise any decision ever taken by the CBFC. I thought I was ready to take the responsibility."

Of her approach in the CBFC, Vidya, who was present at an event in Mumbai on Tuesday, said, "I don't want to say anything about what our approach is going to be or what our decisions are going to be based on. But we had a meeting recently and I felt good that all like-minded people are on the board," reports PTI.

Filmmaker Vishal Bhardwaj, who was also present at the event, added, "It feels good that Vidya is there in the committee and a person who is a poet (talking about Prasoon Joshi) is heading the CBFC. I hope he remains poetic in his procedures also. I am hopeful. Prasoon is a friend, I really love his work."

Under Pahlaj Nihalani's regime, many films felt the sharp edge of the scissors of the Censor Board. Mr Nihalani's term as the CBFC chief was marred by several controversies like chopping several intimate scenes, kissing scenes and even the use of the term 'intercourse', remember Shah Rukh Khan's Jab Harry Met Sejal?

Besides choosing Prasoon Joshi as the new chief of the CBFC, the government also reconstituted the Censor Board, which includes members like Vivek Agnihotri, Narendra Kohli, Vani Tripathi Tikoo and Gautami Tadimalla.

Vidya, who is currently prepping for her upcoming film Tumhari Sulu, told PTI that she believes that there is a shift in films today, with more focus on chronicling "relevant stories."

"Slowly but surely, we are gearing up towards making and watching films that are relatable, where the hero is not out of the ordinary. That's the shift, which is why you see an actor like Akshay Kumar do a film like Toilet: Ek Prem Katha," PTI quoted Vidya Balan as saying.

She also told PTI: "I saw Shubh Mangal Saavdhan and I enjoyed it thoroughly. Two years ago, you couldn't have imagined that there will be a film about erectile dysfunction so well made with a fairly popular actor (Ayushmann Khurrana)."

Vidya was last seen in Srijit Mukherji's Begum Jaan. She featured in 2011's The Dirty Picture as Silk Smitha for which she won a National Film Award for Best Actress. Vidya's Kahaani series also received a great response at the box office.

Promoted
Listen to the latest songs, only on JioSaavn.com
Her upcoming film Tumhari Sulu is scheduled to release on November 24.