The Central Board of Film Certification (CBFC), headed by adman-lyricist Prasoon Joshi, has decided to take inputs from the industry over the certification process. The decision was taken on Monday 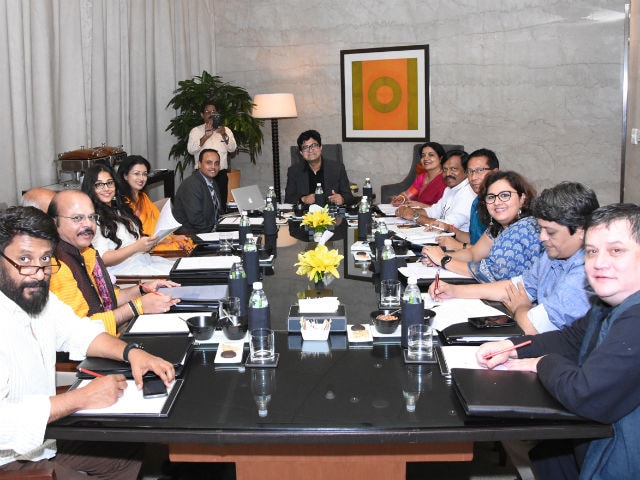 Prasoon Joshi, Vidya Balan and other members of CBFC at the meeting (Image courtesy: IANS)

New Delhi: The Central Board of Film Certification (CBFC), headed by adman-lyricist Prasoon Joshi, has decided to take inputs from the industry over the certification process, news agency IANS reports. The decision was taken on Monday at the at the first board meeting of the newly-instituted censor board. "The purpose is clearly to make things better for all stakeholders where there is mutual respect and collaboration. The CBFC also decided that soon they would have an industry interaction to share the refinement of the processes and take industry inputs to make the certification process as smooth as possible. It was felt that the constant fine-tuning of our sensibilities towards the changing world of cinema is desirable and also that the processes should be further streamlined for the benefit of the industry practitioners," Prasoon Joshi said in a statement, reports IANS. Prasoon Joshi was appointed the chairperson of CBFC last month after Pahlaj Nihalani was sacked.

Actress Vidya Balan, who was also appointed a board member, told IANS that the meeting was the first step in 'right direction.' "It was reassuring to know we are all on the same page," said Vidya.

Mr Joshi had earlier revealed his plans for proper functioning of the organisation, he told IANS, "CBFC and the film industry need to collaborate so that there is mutual understanding and appreciation of each one's roles and responsibilities."