This Is When Vidya Balan's Tumhari Sulu Will Release.... 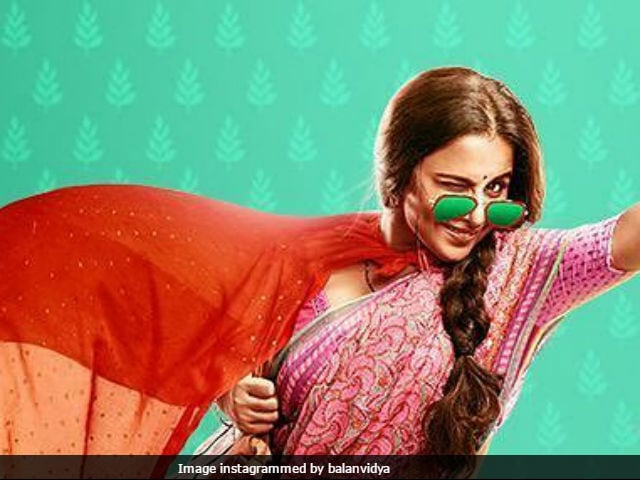 New Delhi: The release date of Vidya Balan's much-talked about movie Tumhari Sulu has been preponed. The film, which has been directed by noted ad film-maker Suresh Triveni, was earlier scheduled to release on December 1 but it will now hit the theatres a week before, which is on November 24. The teaser of Tumhari Sulu was unveiled by the makers of the film earlier this week and it was widely appreciated by the audience. Bollywood celebrities like Twinkle Khanna, Anil Kapoor, Arjun Kapoor, Emraan Hashmi, Athiya Shetty and Prachi Desai expressed their excitement about the film on social media. "Loved the teaser of #TumhariSulu," wrote actress-turned-author Twinkle, wife of actor Akshay Kumar, who co-starred with Vidya in Heyy Babyy and Bhool Bhulaiyaa.

See what the Bollywood celebrities had to say about the teaser of Tumhari Sulu here:

Loved the teaser of #TumhariSulu all the best to my old friend @tanuj_garg and @atulkasbekarhttps://t.co/EYRkKNEFhj

#TumhariSulu looks like a story that will leave a smile on our faces & love for life in our hearts! https://t.co/wHpkxFDPH7@vidya_balan


Filmmaker Suresh Triveni, in an earlier interview with news agency IANS, talked about Vidya's character in the film and described it as, "fun, happy-go-lucky and grounded."

"The film has been handcrafted for Vidya and to have her as a lead in my first feature is an honour. I look forward to seeing the story come alive as I have lived with it for almost a year now," Suresh Triveni told IANS.

Promoted
Listen to the latest songs, only on JioSaavn.com
Tumhari Sulu has been produced under the banners of T-Series and Ellipsis Entertainment. The film also stars Neha Dhupia, Manav Kaul and Vijay Maurya in pivotal roles.