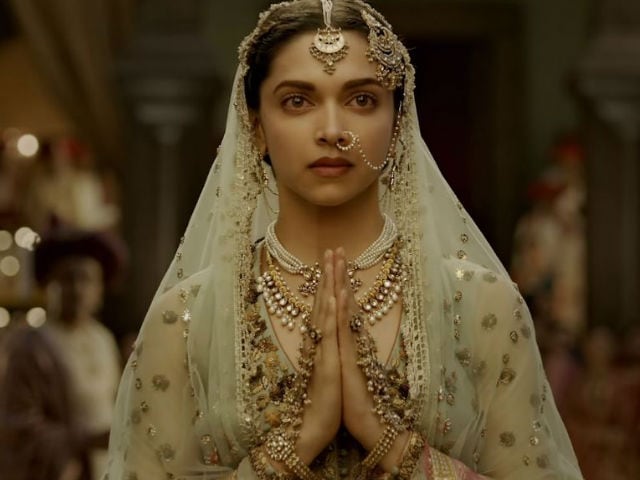 New Delhi: Director Sanjay Leela Bhansali, famous for keeping his sets private, is tightening security for his upcoming film Padmavati like never before. The filmmaker is keenly guarding the looks of the principle cast - Deepika Padukone, Ranveer Singh and Shahid Kapoor - and he's reportedly taken some drastic measures to ensure the ever intrusive Internet is kept at arm's length.

Pictures from the shoot of several films lately have been taken and made public despite their best efforts. The Padmavati crew will use a moveable tent to shroud its cast as they make the walk from make-up van to set.

"Apart from raising the number of security personnel on the sets, Ranveer, Deepika and Shahid will be escorted from the sets to their vanity vans by guards in a makeshift tent," Hindustan Times quoted a source as saying.

Mr Bhansali has always been strict with security measures to protect the film's overall look. He doesn't allow the film's cast and crew, including the lead stars, to bring mobile phones on to the sets. In fact, while filming Bajirao Mastani, the director also banned visits from family members - a rule that was applied to included Priyanka Chopra's mother.

Mr Bhansali isn't alone. Filmmakers Zoya Akhtar, Ashutosh Gowarikar and Sanjay Gupta also followed the 'no mobile phones on sets' rule while filming Dil Dhadakne Do, Mohenjo Daro and Jazbaa. Baahubali director S S Rajamouli, who also followed suit, could not prevent a picture leak from the sets of Baahubali 2 while shooting in Andhra Pradesh in September. The second part of the epic drama is one of the highly anticipated films next year.

Meanwhile, Padmavati went on floors on November 1 and Deepika, who plays the titular Padmavati, was present to wish those filming. According to the HT report, she did not have scenes to shoot on the first day, but she came any way. She's done this before for Bajirao Mastani and Ram Leela.

Promoted
Listen to the latest songs, only on JioSaavn.com
Ranveer Singh plays Alauddin Khilji in the epic drama while Shahid Kapoor plays Padmavati's husband Raja Ratan Singh. Ranveer and Deepika apparently do not have any scenes together.

Padmavati reunites Sanjay Leela Bhansali, Deepika Padukone and Ranveer Singh for the third time while Shahid is working with the trio (together and individually) for the first time. The film will reportedly hit the screens in December next year.