"To Eternity And Beyond": From Kareena Kapoor To Saif Ali Khan On 8th Wedding Anniversary

In her post, Kareena Kapoor also shared "the key to a happy marriage" 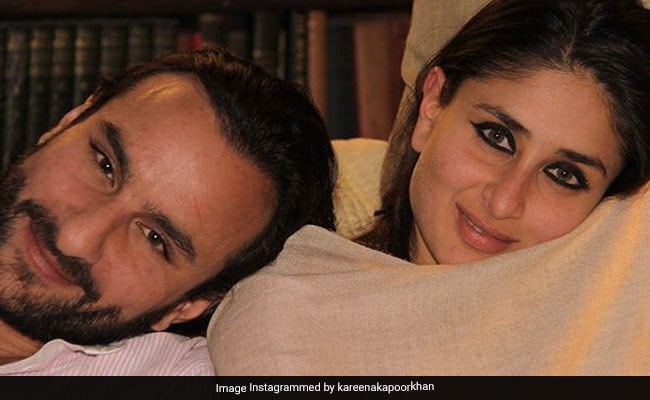 Happy anniversary Kareena Kapoor and Saif Ali Khan! The duo are one of the most adorable couples of Bollywood and on Friday, their celebrated their 8th wedding anniversary. To wish Saif Ali Khan on their special day, Kareena posted a beautiful picture of herself and the actor and accompanied it with "the key to a happy marriage." The photo features Saif resting is head on Kareena's shoulder as the due pose for the camera. "Once upon a time, there was a girl named Bebo and a boy named Saifu. They both loved sphagetti and wine... and lived happily ever after," wrote Kareena in her anniversary note and added: "Now you guys know the key to a happy marriage. On that note, happy anniversary Saif Ali Khan Pataudi... here's to eternity and beyond."

Once upon a time there was a girl named Beboo and a boy named Saifu. They both loved sphagetti and wine... and lived happily ever after. Now you guys know the key to a happy marriage On that note, happy anniversary SAKP... here's to eternity and beyond

Kareena Kapoor's friends and colleagues from the film industry wished the couple in the comments section of her post. Kareena's BFF Amrita Arora dropped heart, wine and spaghetti icons in her comment while the actress' cousin Ridhima Kapoor Sahni picked a heart emoji to express her emotions. Dia Mirza commented: "Happy anniversary you beautiful people."

Kareena Kapoor had in previous interviews stated that she fell head over heels in love with Saif Ali Khan during Tashan shoot. The actor even proposed to her while filming Tashan in Greece. After dating for a few years, Kareena Kapoor and Saif Ali Khan got married on October 16 in 2012. The couple, who welcomed son Taimur in December 2016, are expecting second child together.

All I ever need... #FavouriteBoys #TakeMeBack

Saif Ali Khan and Kareena Kapoor have co-starred in films like Tashan, Kurbaan and Agent Vinod. Agent Vinod was their last film together.