Read inOther Languages
This Article is From Nov 28, 2019 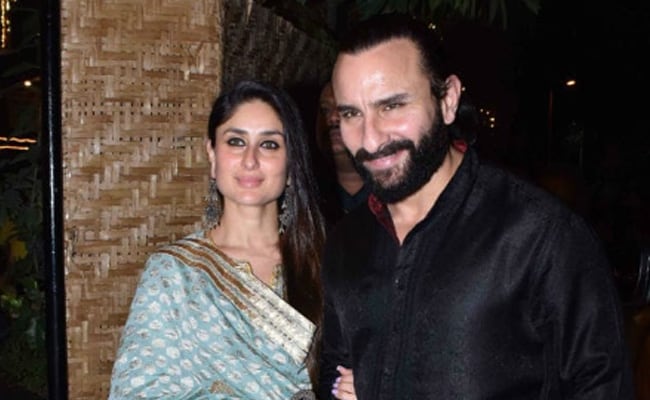 Kareena Kapoor and Saif Ali Khan were photographed in Mumbai.

Actress Kareena Kapoor revealed in an exclusive interview to Pinkvilla that she didn't exactly say yes to Saif Ali Khan the first time he asked her to marry him. Kareena, who married Saif Ali Khan in 2012, said that the actor first brought up the possibility of marriage when they were filming the 2008 film Tashan in Greece but she didn't say yes as she "didn't know" him that well then. Kareena told Pinkvilla: "He did tell me that 'I think we should get married.' He told me that in Greece and he told me once in Ladakh as well that 'We will make a great couple.' And, at that time I was like, 'I don't know because I don't know you.' So, it was not really a 'no' but it was more like, 'I want to know you better.' I think I made the best decision of my life."

Saif Ali Khan and Kareena Kapoor have co-starred in films like Tashan, Kurbaan and Agent Vinod. Agent Vinod was their last film together. Earlier, in her post for Humans of Bombay, Kareena stated that she fell head over heels in love with Saif Ali Khan during Tashan shoot. "I'd met him before but while we were filming Tashan, something changed. I wore my heart on my sleeve! He was so charming; I fell for him hook, line and sinker," said Kareena.

On the work front, Kareena Kapoor will next be seen in comedy-drama Good Newwz, in which she will share screen space with Akshay Kumar, Kiara Advani and Diljit Dosanjh. The film is slated to open in theatres on December 27 this year. Other than Good Newwz, Kareena will also feature in Aamir Khan's Laal Singh Chaddha. The film is the Hindi remake of the 1994 Hollywood film Forrest Gump, which starred Tom Hanks in the lead role. Laal Singh Chaddha will release on December 25 next year.