To Birthday Girl Suhana Khan, With Love From The Archies Co-Star Khushi Kapoor

Suhana and Khushi will make their Bollywood debuts together

Shah Rukh and Gauri Khan's daughter Suhana celebrated her 22nd birthday on Sunday and on the special occasion, her friends wished her on social media. One adorable wish that caught our attention was by Suhana's The Acrhies co-star Khushi Kapoor. In the picture, both Suhana and Khushi can be seen flashing ear-to-ear grins as they pose for the camera. Khushi Kapoor simply wrote: "Happy Birthday" and she simply added a couple of white heart emojis. Suhana and Khushi will make their Bollywood debuts together with Zoya Akhtar's adaptation of The Archies, also starring Amitabh Bachchan's grandson Agastya Nanda. 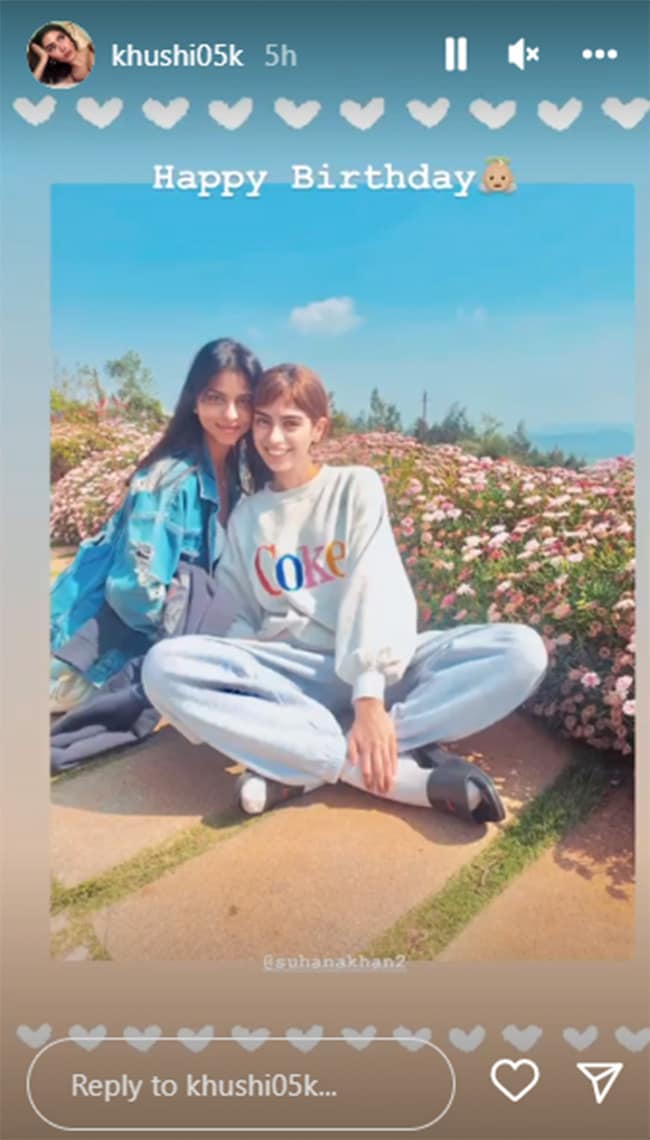 Suhana and Khushi both belong to a family of actors. Suhana Khan, daughter of superstar Shah Rukh Khan and interior decorator Gauri Khan, has inherited her love for acting from her father SRK. Khushi Kapoor is the daughter of late superstar Sridevi and film producer Boney Kapoor. Her sister Janhvi Kapoor also features in Bollywood films.

Speaking of Suhana and Khushi Kapoor's debut project, the Hindi adaptation of The Archie comics will be co-produced by Zoya Akhtar, Reema Kagti and Sharad Devarajan under their production houses Tiger Baby and Graphic India. It will release on Netflix.

The adventures of Archie Andrews and his squad including Veronica, Betty, Jughead and Reggie, have been immortalised by several adaptions of films and cartoon series. The character Archie Andrews first appeared in the Pep Comics and gained insane popularity in as a standalone character in the pop culture.