Thugs Of Hindostan Can Wait. Aamir Khan Is On Secret Superstar Duty

"Thugs Of Hindostan takes a back seat now, as I dive 100% into Secret Superstar from today," tweeted Aamir Khan 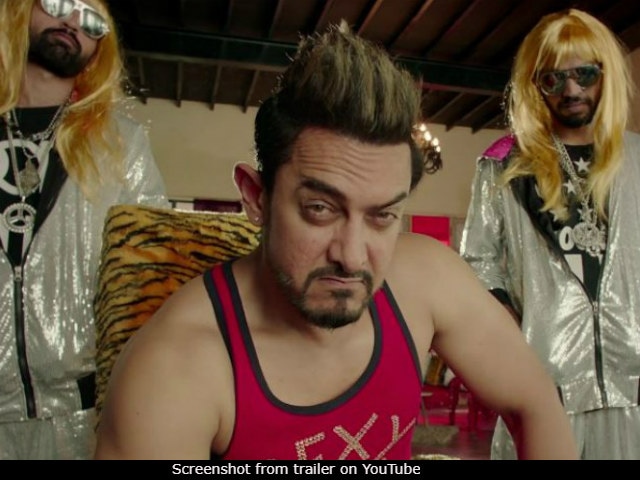 Aamir Khan in a still from Secret Superstar (courtesy YouTube)

Katrina Kaif and Fatima Sana Shaikh - both of who have shared screen space with the actor once each - star in Thugs Of Hindostan. This is how Aamir Khan updated us about his roster:

Thugs Of Hindostan takes a back seat now, as I dive 100% into Secret Superstar from today!

Aamir had been regular with his PR duties for Secret Superstar, sharing songs and tweeting about the movie. Only last week, he tweeted a behind-the-scenes video documenting his transformation for his secret onscreen persona. "The character I am playing (Shakti Kumaarr) in the film, flirts with girls and has all bad qualities one could think of," he says in the video.

One of my toughest roles! https://t.co/3ZysCZHz1w

Directed by Vijay Krishna Acharya, Thugs Of Hindostan went on floors earlier year with the first schedule in Malta, since when updates have been arriving from the film's team. Last month, photographs of Aamir from the sets of Thugs Of Hindostan went viral and the Internet was quick to point out his resemblance to Tyrion Lannister of Game Of Thrones. Since he's started shooting for the period piece, Aamir makes public appearances sporting unkempt hair, earrings and a nose pin - which could be a glimpse of his thug life on screen.