Aamir Khan From Thugs Of Hindostan 'Looks Like Tyrion Lannister.' Do You Agree?

Aamir Khan is such a thug ya. No really! 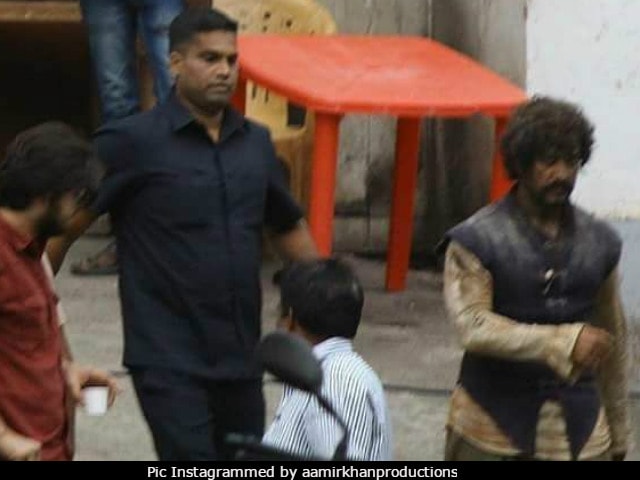 Aamir Khan on the sets of Thugs Of Hindostan (courtesy aamirkhanproductions)

New Delhi: Twitter seems to have found a Bollywood version of Game Of Thrones' Tyrion Lannister in this superstar. It's Aamir Khan actually, from the sets of Thugs Of Hindostan in Mumbai. The 52-year-old actor has recently been spotted navigating the sets and leaving his vanity dressed as a thug and social media just could not help but make it go viral. In the pictures, Aamir Khan is dressed in dhoti pants, a short kurta and jacket - all of which appears to be tattered and stained with mud. This could be Aamir's final look from the film - speculation about which had begun since he started sporting unkempt hair and the moustachioed look, and oh, that nose pin too.

Aamir in #ThugOfHindostan is looking like Tyrion Lannister of Game Of Thrones.

Not Jack Sparrow. Looking like Tyrion Lannister aka Peter Dinckladge of Game of Thrones.

One of the actors that Aamir will share screen with in the movie is Dangal actress Fatima Sana Shaikh. She trended a great deal earlier this year after a photograph of hers, in which she's dressed as a warrior princess, went viral on social media, speculating that's how she'll feature in the movie.

Directed by Vijay Krishna Acharya, shooting for Thugs Of Hindostan began earlier this year in Malta, since when updates have been arriving from the other stars of the film - Amitabh Bachchan and Katrina Kaif. Produced by Yash Raj Films, Thugs Of Hindostan is scheduled to release on November 7, 2018.
Comments
aamir khanthugs of hindostan