This Old Pic Of Raj Kapoor And Wife Krishna Raj Kapoor Will Bring Back 1,000 Memories 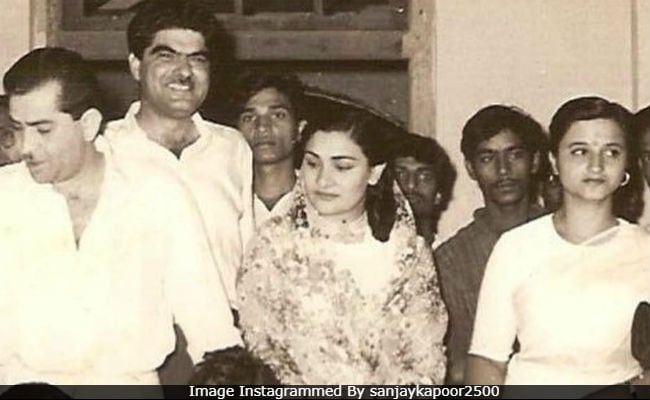 End of a Era , Krishna aunty you will always be in our hearts , RIP

Surinder Kapoor was Raj Kapoor's actor father Prithviraj Kapoor's first cousin. Last December, on Raj Kapoor's 93rd birth anniversary, late actress Sridevi had shared the same picture and wrote that it was taken at the "first muharat and visit to a studio by Boney Kapoor (the kid in white) in 1959." Surinder Kapoor started his career as a secretary to actress Geeta Bali. Later, he became a film producer.

The first muharat and visit to a studio by @BoneyKapoor (The kid in white) in 1959. Also in the picture Raj Kapoor ji, Krishna ji, my father in law Surinder Kapoor and mother in law. pic.twitter.com/XfXrWS9lq6

Raj Kapoor and Krishna Raj Kapoor married in 1946. Together they had five children - sons Randhir, Rishi and Rajiv Kapoor, daughters Ritu Nanda and Rima Jain. Their grandchildren like Karisma, Kareena and Ranbir are also actors.