Late actor Raj Kapoor's wife Krishna Raj Kapoor died on Monday at her home and soon, the Kapoors opened the gates of their home for the colleagues and family members arriving to pay their last respects to Krishna ji. Kareena and Karisma Kapoor, granddaughters of Krishna Raj Kapoor arrived with Kareena's actor husband Saif Ali Khan. Krishna Raj Kapoor's daughter Ritu Nanda arrived before her daughter-in-law Shweta Bachchan Nanda, who was accompanied by her father Amitabh Bachchan. Though we could not spot Ranbir Kapoor, we spotted his close friends Ayan Mukerji, Alia Bhatt and filmmaker Karan Johar arriving at the Krishna Raj bungalow. Aishwarya Rai Bachchan and Abhishek Bachchan, Aamir Khan, Sonam Kapoor, Anil Kapoor along with his wife Sunita along and brother Sanjay Kapoor and his wife Maheep also arrived on Monday morning to grieve with the family. On Monday, Randhir Kapoor (eldest of Raj Kapoor five children) confirmed his mother died of a cardiac arrest to news agency PTI.

Here are pictures of family and colleagues arriving at the Pali Hill bungalow: 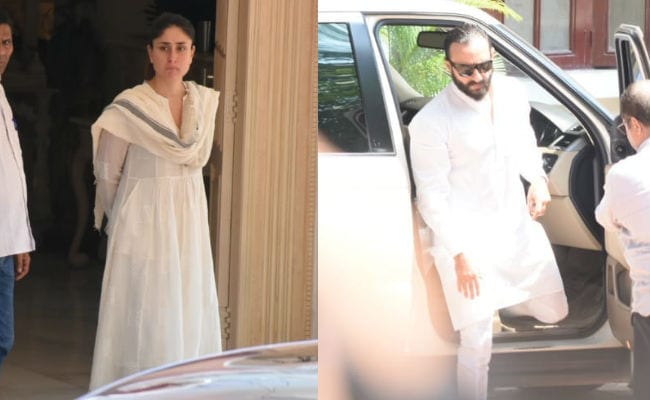 Kareena Kapoor and Saif Ali Khan at her grandmother's home 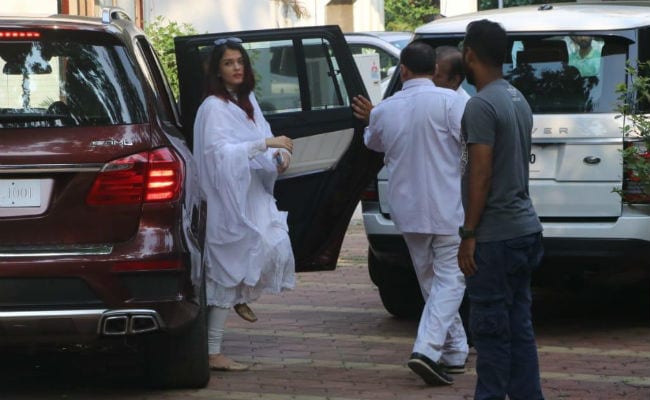 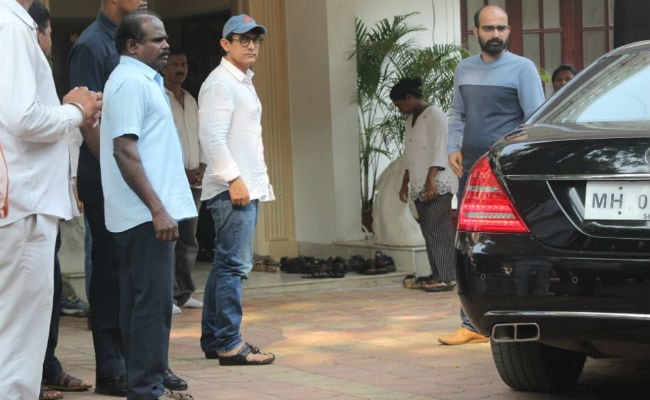 Aamir Khan at the Kapoor bungalow. 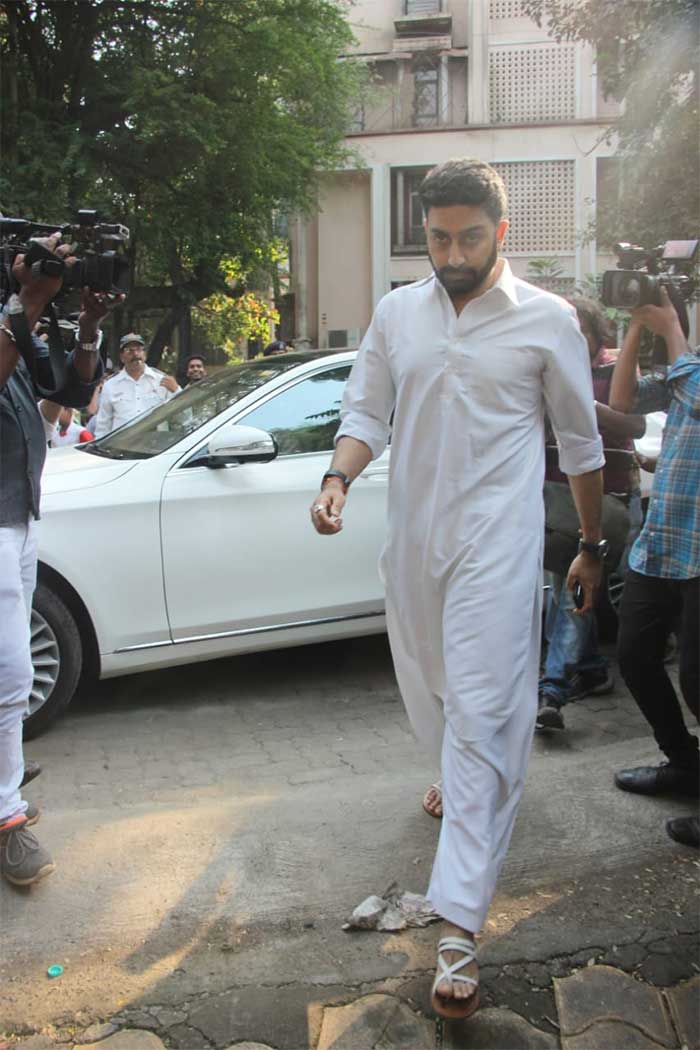 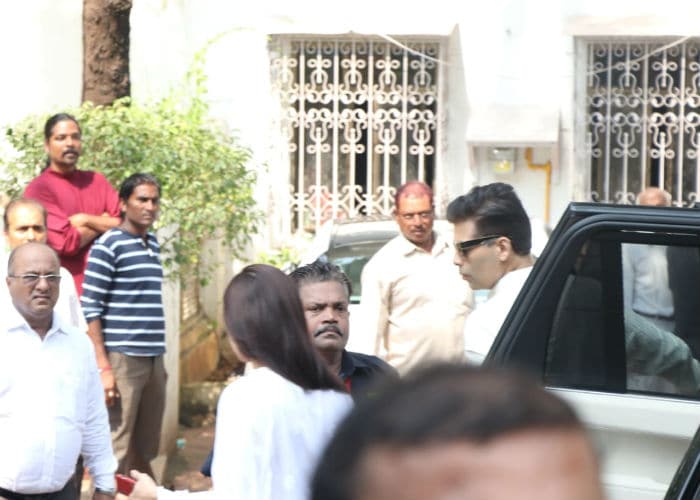 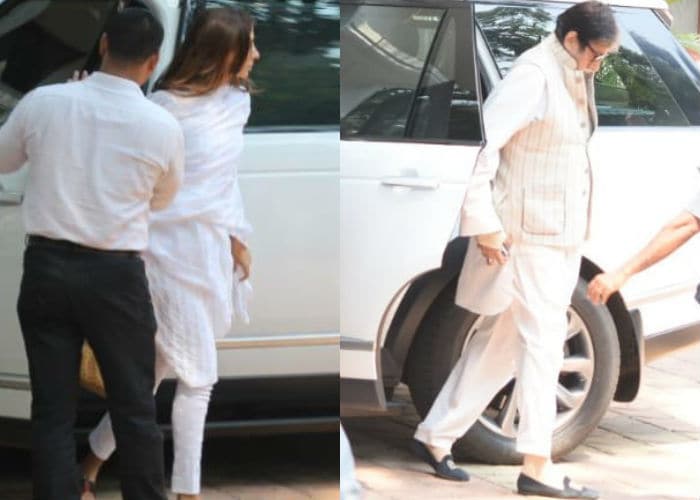 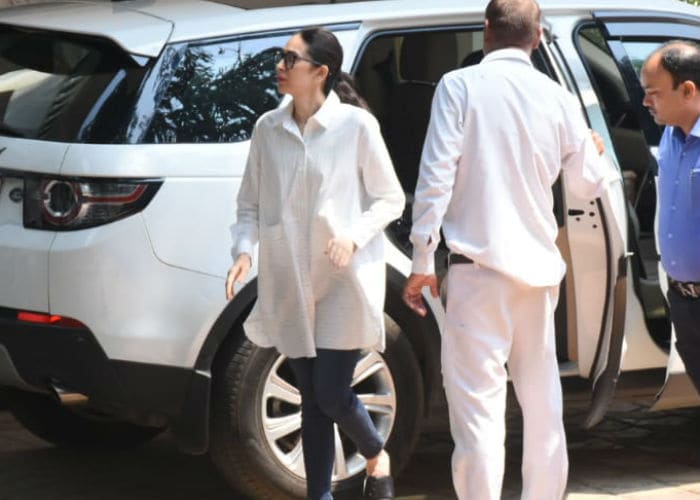 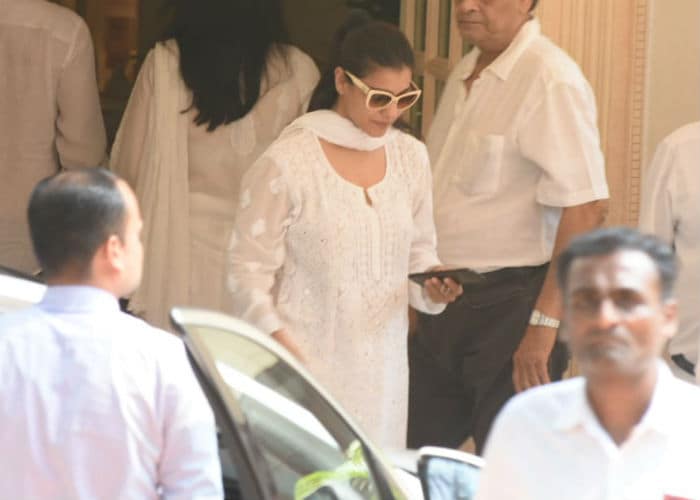 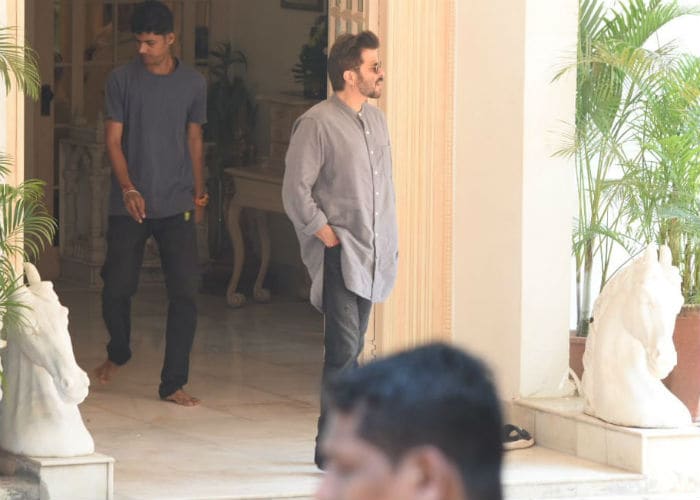 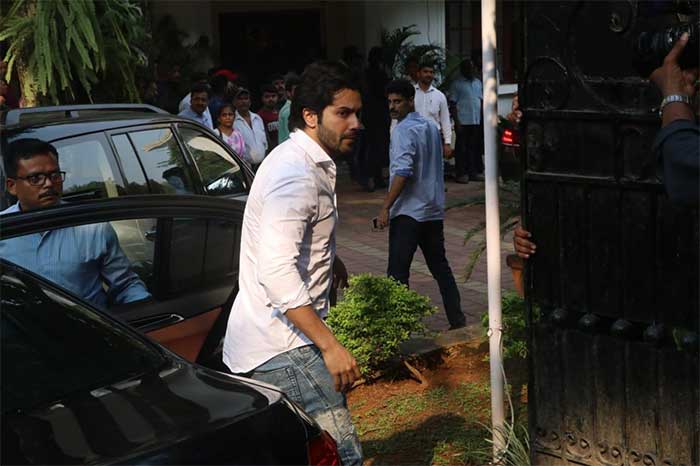 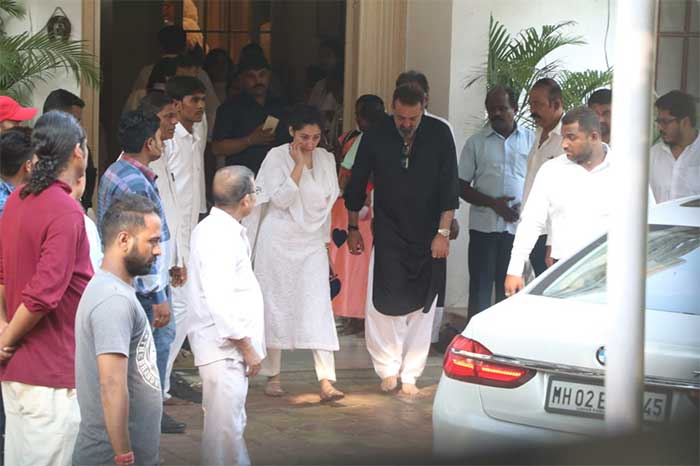 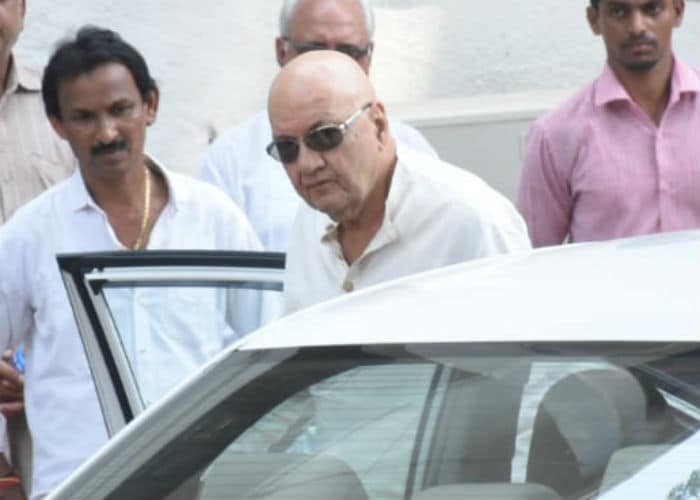 Actors such as Aamir Khan, Karan Johar, Anupam Kher and Soha Ali Khan posted tributes for Krishna Raj Kapoor on social media. Aamir Khan in his eulogy piece for Krishna Raj Kapoor said: "If Raj Kapoor was an institution in film making, Krishna ji was an institution in living life." Karan Johar, who is a close friend of Krishna Raj Kapoor's grandchildren Ranbir, Kareena and Karisma, remembered her as the 'First Lady of the Film Fraternity.' He wrote: "The embodiment of grace... of dignity... of elegance and of strength... Krishna aunty will always be the First Lady of the Film Fraternity... the most generous, kind and gentle person I have ever known with the most terrific sense of humour... will miss you Krishna aunty."

Here are tweets posted by the members of the film fraternity:

Thank you Krishna Aunty for always being so kind and loving and for your blessings that you so lovingly gave every single time that I met you. Your grace and dignity lives on. I feel so much love for you. Rest In Peace #KrishnaRajKapoor

Krishna Raj Kapoor will be cremated in Chembur crematorium in the evening today. Rishi Kapoor may miss his mother's funeral as he recently took off for USA to undergo a medical treatment.