This is the Advice Athiya Shetty Got From Father Suniel 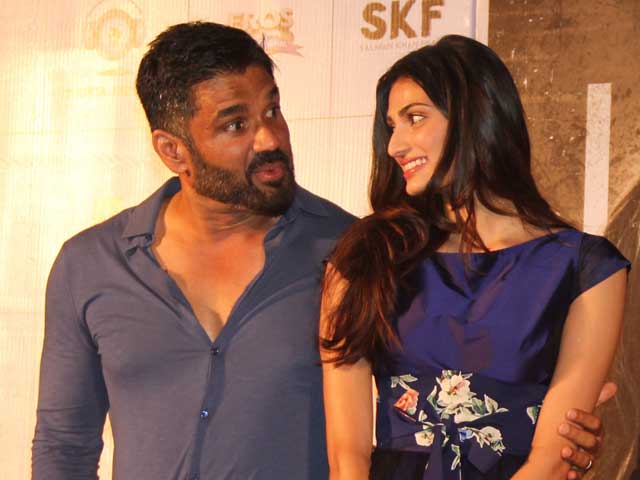 Suniel Shetty and Athiya at the trailer launch of Hero in Mumbai, on July 15

Mumbai: Bollywood actor Suniel Shetty, whose daughter Athiya will make her Bollywood debut with Hero, has some special advice for her.

The actor was present at an art exhibition, when he was asked if he would like to give advice to his daughter. "I don't think I can suggest anything to anyone. They are from the young generation and are very well aware,” he said.

"I just said that don't be afraid of Friday. If you lose on the first Friday, then work hard and go for your next. I believe producers suffer a lot, so when it comes to your producer, make sure that you feel for him and work with your heart," Suniel Shetty added.

Directed by Nikhil Advani, Hero is a remake of Subhash Ghai’s 1983 film of the same name. The movie also features Tigmanshu Dhulia and is slated to release on September 11.