This Is Not A Drill. Amitabh Bachchan Joins Prabhas And Deepika Padukone In New Film

"An honour and a privilege to be a part of this momentous and most ambitious venture," tweeted Amitabh Bachchan 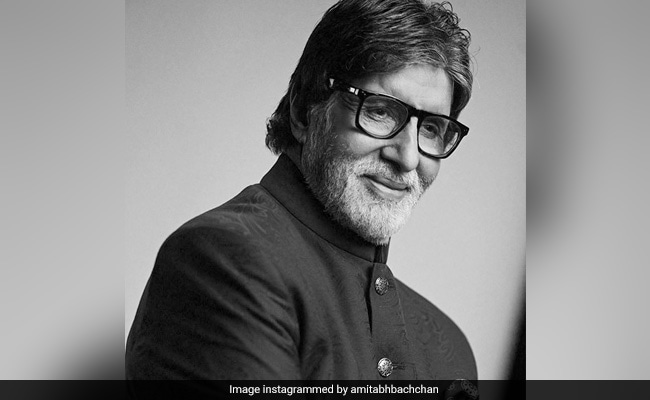 Guess who will star alongside Baahubali actor Prabhas and Deepika Padukone in Nag Ashwin's forthcoming film? None other than superstar Amitabh Bachchan. Exciting, right? Big B is also thrilled to be a part of the project. After Prabhas made the big announcement on social media on Friday, Amitabh Bachchan tweeted: "An honour and a privilege to be a part of this momentous and most ambitious venture." Welcoming the senior actor onboard, Prabhas wrote on Instagram: "Finally, a dream coming true...Sharing screen space with the legendary Amitabh Bachchan sir." Big B is expected to play a pivotal role in the film, which will be produced by Vyjayanthi Movies. In his tweet, Big B also congratulated Vyjayanthi Movies for completing 50 years in the entertainment industry.

For the unversed, Amitabh Bachchan and Deepika Padukone have co-starred in Shoojit Sircar's 2015 film Piku.

T 3685 - An honour and a privilege to be a part of this momentous & most ambitious venture .. and my greetings for the completion of 50 years for @VyjayanthiFilms .. may you celebrate another 50 .. and on !!#Prabhas@deepikapadukone@nagashwin7@AshwiniDuttCh@SwapnaDuttChpic.twitter.com/3G09uQfOAe

In their announcement video, Vyjayanthi Films stated that to mark their 50th anniversary, they want to make a legendary film that will be incomplete without "the legend" Amitabh Bachchan. In their Instagram post, they wrote: "Amitabh Bachchan sir, it is our honour to have you. Your birthday celebrations have begun!" Big B will turn 78 on Sunday.

Speaking about Amitabh Bachchan joining the cast of the untitled film, Ashwini Dutt, producer and founder of Vyjayanthi Movies, said in a statement: "The late legendary Shri NTR was an admirer of Shri Amitabh Bachchan and had even acted in the Telugu remakes of a few of his superhit Bollywood films. Shri NTR and I had watched the landmark film Sholay several times when it ran for over a year at NTR's Ramakrishna Theatre. After all these years, it is truly a glorious and immensely satisfying moment for me to welcome Indian cinema's greatest icon, Shri Bachchan to be a part of this prestigious movie under our banner, Vyjayanthi Movies. It is a production house that began its cinematic journey with Shri NTR and also was named by him."

Directed Nag Ashwin, known for helming films like Mahanati and Yevade Subramanyam, said in a statement: "I feel lucky and blessed that Amitabh Bachchan sir has selected our film among the many choices he has... It is a full-length role, which we believe will do justice to the legend that he is."

Deepika Padukone joined the cast of the film in July this year. Expressing her joy and excitement on Instagram, she wrote: "Beyond thrilled! Cannot wait for what we believe is going to be an incredible journey ahead..."

The film, which will release in Tamil, Telugu and Hindi, is slated to release worldwide in 2022.