It's Official! Deepika Padukone And Prabhas Will Co-Star In Nag Ashwin's Film

"Cannot wait for what we believe is going to be an incredible journey ahead," wrote Deepika Padukone 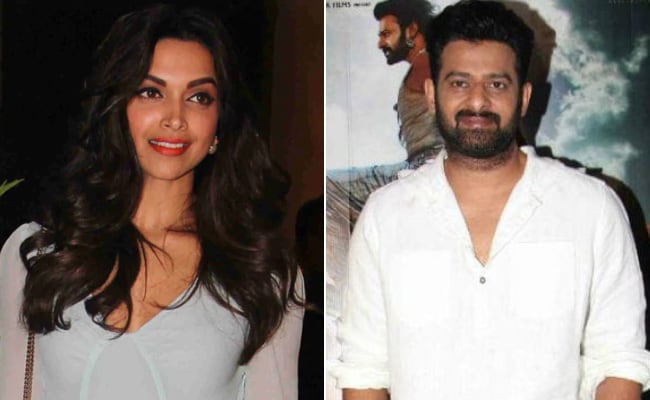 The film will mark Deepika and Prabhas' first project together.

It's official! Deepika Padukone will share screen space for the first time with Baahubali actor Prabhas in a Nag Ashwin-directed film. Both the actors sent a wave of excitement among their fans by announcing the news on their social media profiles on Sunday. Prabhas welcomed Deepika Padukone to the team like this: "We are very excited to have Deepika Padukone onboard, welcome." Deepika, who will make her debut in the Telugu film industry with the upcoming project, expressed her joy and excitement on Instagram with these words: "Beyond thrilled! Cannot wait for what we believe is going to be an incredible journey ahead..."

Before Deepika Padukone and Prabhas officially confirmed the film, which will be produced by Vyjayanthi Movies, reports about the duo teaming up for a movie were doing the rounds on the Internet. After the official confirmation, fans of both the actors are going crazy on Twitter but more on that later. First, take a look at Deepika Padukone's post here:

And here's what Prabhas shared:

The film, which will release in Tamil, Telugu and Hindi, will reportedly go on floors next year. The makers haven't announced other details of the film yet.

As soon as the makers of the film announced Deepika Padukone's collaboration with the project, fans flooded Twitter with praise and appreciation posts. #DeepikaPadukone has been trending on Twitter since Sunday morning. Take a look at how Twitterati reacted to the big news:

Deepika is going to work with another great team after Chhapaak. Can't wait #DeepikaPadukone#deepikaprabhaspic.twitter.com/1RHVXehs9O

Wow.. Super excited.. This is how we treat them... Super happy for my darling #DeepikaPadukone. She deserves all the love. #Prabhas21#Prabhas#NagAshwin

@nagashwin7 you people literally, made my day. #Prabhas & #DeepikaPadukone are my fav . The feeling of seeing them together is unexplainable. All the best to the whole team.

Deepika Padukone's next Hindi film is Kabir Khan's '83, in which she will star alongside her husband, actor Ranveer Singh. Prabhas, on the other hand, was last seen in the 2019 film Saaho, which released in Telugu, Tamil and Hindi language, respectively.