Deepika Padukone And Prabhas In A Bollywood Film - How Cool Would That Be? 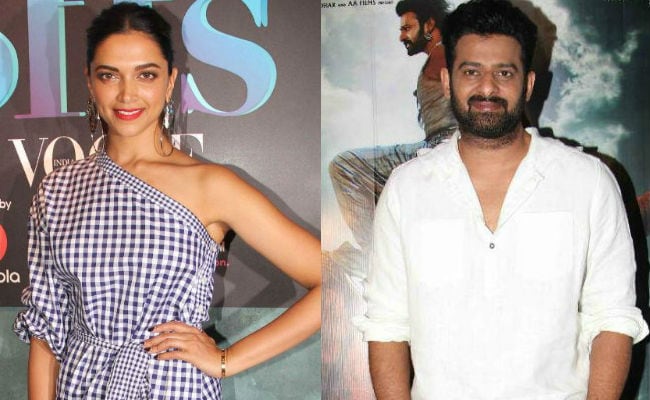 Deepika Padukone and Prabhas in Mumbai.

New Delhi: Baahubali's Prabhas and Padmaavat's Deepika Padukone in a film together - how exciting does that sound? According to a DNA report, it might just happen. Prabhas, who is currently working on Saaho, reportedly gave his consent to feature in the reported Bollywood film three years ago, when he was still finishing filming for the Baahubali series. Now, the DNA report states that the makers are in talks with Deepika Padukone to feature opposite Prabhas as the film's female lead. The film will be Prabhas' bona fide Bollywood debut - Saaho is a trilingual made simultaneously in Tamil, Telugu and Hindi.

The DNA report also stated that Katrina Kaif and Alia Bhatt will be considered for the role in case Deepika turns it down.

Deepika Padukone is currently awaiting the release of Padmaavat, which has been directed by Sanjay Leela Bhansali. Padmaavat was originally slated for December 1, 2017 release but it wasn't cleared on time by the Central Board of Film Certification, who cited technical issues after submission. The film was cleared for release later in December with five alterations (including the film's title which was changed from Padmavati to Padmaavat). The new release date - January 25 - was announced earlier this month.

Padmaavat was later banned by several states but on Thursday the Supreme Court lifted the ban amid fierce protests by Rajput groups. Padmaavat also stars Ranveer Singh and Shahid Kapoor.