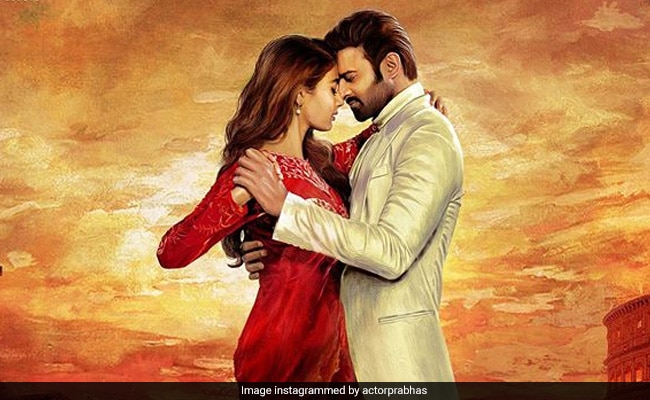 The first look and the title reveal of Prabhas' new film Radhe Shyam sent the Internet into a tizzy on Friday. Prabhas co-stars with actress Pooja Hegde in Radhe Shyam and both the actors shared the first look posters of the film on Friday. "This is for you, my fans! Hope you like it," Prabhas wrote in an Instagram post while Pooja Hegde described Radhe Shyam as "Our beautiful film has a beautiful name... here's our much awaited first look." In the poster, first time co-stars Prabhas and Pooja Hegde feature in a loved-up moment against a dramatic backdrop of an orange sky and scarlet waters. Within minutes of the big reveal, the hashtag #Prabhas20FirstLook took a top spot on Twitter trends. Radhe Shyam marks Prabhas' 20th film.

Here's how Prabhas and Pooja Hegde painted the Internet red with their Radhe Shyam first look:

Prabhas is best known for his titular role in the Baahubali series of films, which redefined box office history. Prabhas' 2019 film Saaho, made in Telugu, also released in Hindi, marking his Bollywood debut of sorts but failed to make a mark at the box office. Pooja Hegde was last seen in Telugu film Ala Vaikunthapurramuloo. Housefull 4 was her last Bollywood film.