Pic: When Baahubali-Sized Crowd Welcomed Prabhas On The First Day Of Filming 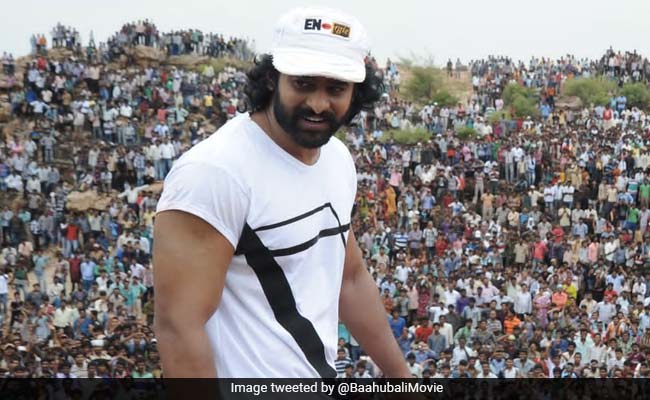 Prabhas on the sets of Baahubali. (Image courtesy: BaahubaliMovie)

This day, seven years ago was the first day of the shoot of the Baahubali series, director SS Rajamouli's two-part magnum opus, which went on become one of the biggest film series in the history of Indian cinema and blurred boundaries of south cinema and Bollywood like never before. The official Twitter handle of Baahubali movie, shared pictures from the first day on the sets of the film, which shows Prabhas (who played the eponymous character) was welcomed by an overwhelming crowd. The team wrote, "July 6, 2013. The moment when it all began! We started the shoot of Baahubali on this day 7 years ago."

In other pictures in the post, filmmaker Rajamouli appears to be giving instructions to his crew while the massive crowd looked on.

We started the shoot of #Baahubali on this day 7 years ago... pic.twitter.com/JQmbRuplki

The Baahubali series, set in a fictional Mahishmathi kingdom, is the story of two brothers - Amarendra Baahubali (Prabhas) and Bhallaldeva (Rana Daggubati) - the latter conspires with his father to get the former killed. Several years later Amarendra's son Mahendra Baahubali (also Prabhas) returns to avenge his father's death and reclaim the throne of Mahishmathi.