This Is Neetu Kapoor's "World" - Yes, It Includes Alia Bhatt 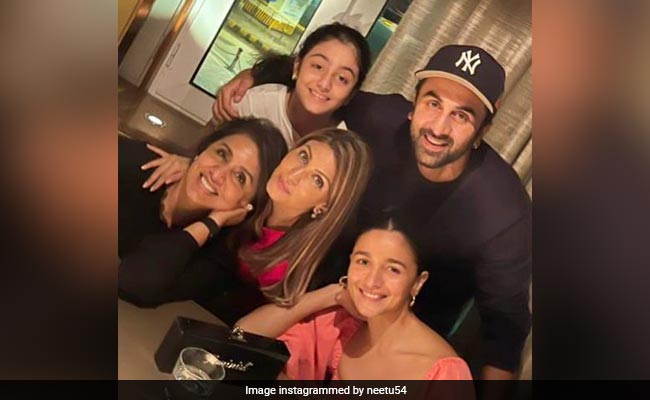 Actress Neetu Kapoor treated her fans to a brand new family picture on Monday. In the picture that she shared on Instagram, she can be seen spending some time with her children Ranbir Kapoor and Riddhima Kapoor Sahni. If you think that the family picture is complete with just Ranbir and Riddhima, then you are mistaken. The picture also features Ranbir Kapoor's girlfriend, actress Alia Bhatt, with the Kapoor family. Riddhima's daughter Samara is also a part of the picture. It looks like that the picture is from Alia Bhatt's recent get-together with Ranbir Kapoor's family. Neetu Kapoor kept her caption simple yet significant as she wrote: "My world."

Alia Bhatt and Ranbir Kapoor have been dating each other for a long time now. The actress shares a close bond with Ranbir Kapoor's family. She is often seen spending time with Ranbir and his family.

The duo will soon be seen in Ayan Mukerji's upcoming sci-fi film Brahmastra.