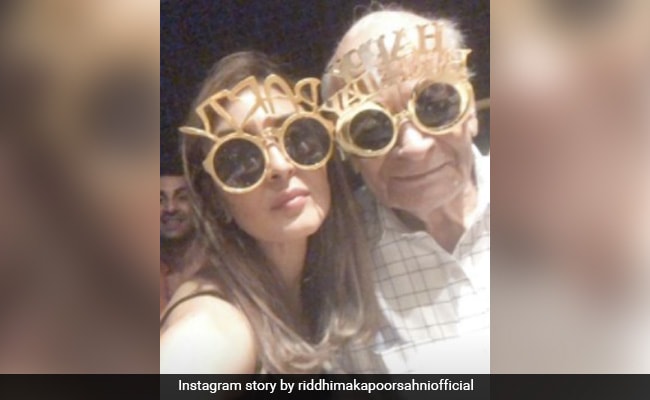 Alia Bhatt had a few special guests at her grandfather's (Soni Razdan's father) 93rd birthday party on Wednesday evening. Alia's boyfriend, actor Ranbir Kapoor and his family joined Soni Razdan, Shaheen at the Bhatt residence, glimpses of which have been shared on Instagram by Ranbir's sister Riddhima Kapoor Sahni. One picture has gone viral after Ranbir's sister Riddhima shared it as an Instagram story. It features Riddhima posing with Alia's grandfather, while Ranbir photobombs the frame. In another shot, Riddhima can be seen posing with Alia, Shaheen and Samara ( Riddhima's daughter). In another picture, she can be seen posing with Alia's mom. Ranbir Kapoor's mom Neetu Kapoor was also present at the get-together.

See the pictures from the festivities: 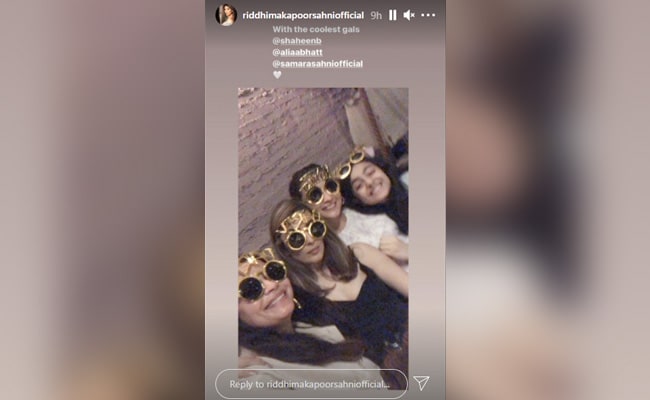 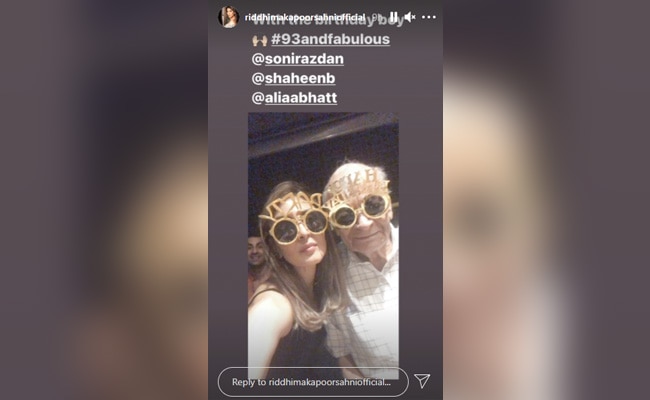 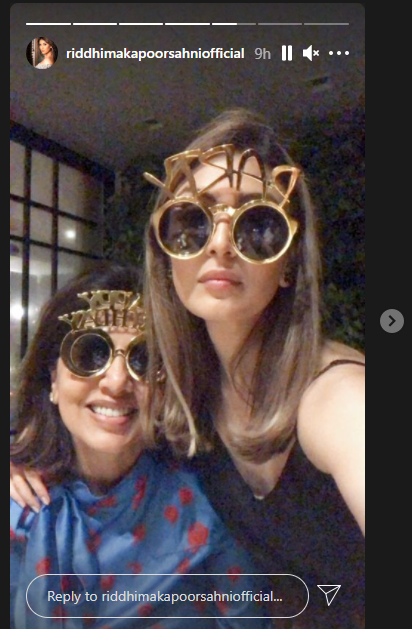 Rumours about  Alia Bhatt and Ranbir Kapoor's romance began after the couple made an appearance together at Sonam Kapoor and Anand Ahuja's wedding reception in 2018. The actors will be seen sharing screen space in Ayan Mukerji's Brahmastra, which also stars Amitabh Bachchan, Dimple Kapadia, Mouni Roy and Akkineni Nagarjuna. Alia Bhatt and Ranbir Kapoor frequently accompany each other to their family get-togethers. They ushered in 2021 with their families in Ranthambore, Rajasthan. They were joined by star couple Deepika Padukone and Ranveer Singh there.

Ranbir Kapoor, in an interview with film critic Rajeev Masand last year, referred to Alia as his "girlfriend" and revealed that they would have been married if it weren't for the pandemic. "It would have already been sealed if the pandemic hadn't hit our lives. But I don't want to jinx it by saying anything. I want to tick mark that goal soon in my life," Ranbir said during the interview.