This 'Butterball Baby' Was A Student Of The Year (Batch 2019) In Making. Guess Who? 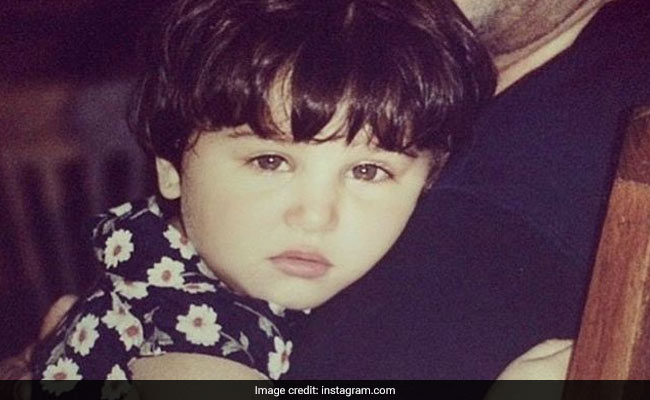 The actor starred in Student Of The Year 2 (courtesy Instagram)

There you go. One more actress signed up for the league of I-love-throwback-pictures club and delighted us with a priceless blast from the past on Tuesday. Is there any such thing as a Throwback Tuesday? But who cares? And most definitely Tara Sutaria does not. The Student Of The Year 2 actress made a trip down the memory lane and fished out a baby photo of hers - like a really baby version of hers - and captioned it "butterball baby." Aww. Well, one can't really tell that this little bundle of joy grew up to be Tara Sutaria, who made her Bollywood debut with the Punit Malhotra-directed film.

But one thing is there for sure that Tara loved the camera since she was a baby. Tara Sutaria's post garnered over one lakh views in less than an hour. Take a look at her throwback photo here.

Tara Sutaria explained her bewildered baby expressions in one of her throwback photos: "I was probably looking for a meal and/or someone to snuggle. Apparently not much has changed," she captioned one. For another, she wrote: "Parsi baby swag."

I was probably looking for a meal and/or someone to snuggle. Apparently not much has changed #Butterball

That's baby versions of Tara Sutaria and her twin sister Pia, who is a trained ballet dancer and also a model.

The twin and I having one of our parties underneath the Diwan at home. You know, the usual. Circa 1998 #ParsiSwag

Tara Sutaria, who was a Disney star before her foray in films, co-starred with another debutante in Student Of The Year 2 - Ananya Panday. Tiger Shroff headlined the cast of the film. Tara Sutaria also made her Koffee With Karan debut last season, sharing the couch with Tiger and Ananya.