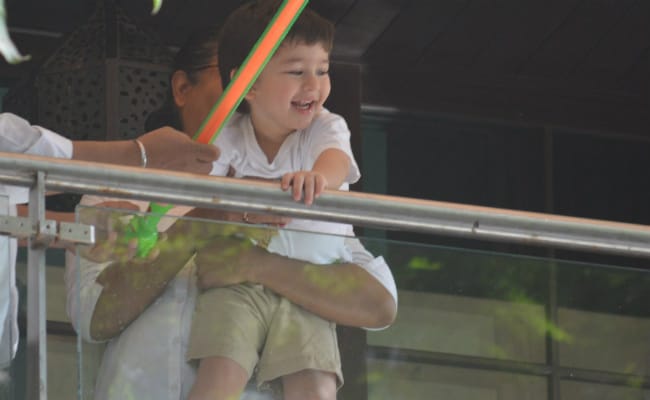 Taimur spotted at the balcony of his home

The best of all the Holi pictures making a splash on the Internet are perhaps those of Taimur Ali Khan. Saif Ali Khan and Kareena Kapoor's two-year-old toddler celebrated Holi and oh boy, the photos are so darn adorable. Taimur, who was under the supervision of his nanny and another helper, sprayed his water gun to his heart's content. The result was his adorable smile that is sure to cure your Holi hangover. Taimur was spotted giggling from the balcony of his Mumbai residence as he sprayed colours on the flocked up paparazzi downstairs. These photos of Taimur Ali Khan being adorable will indeed brighten up your day! 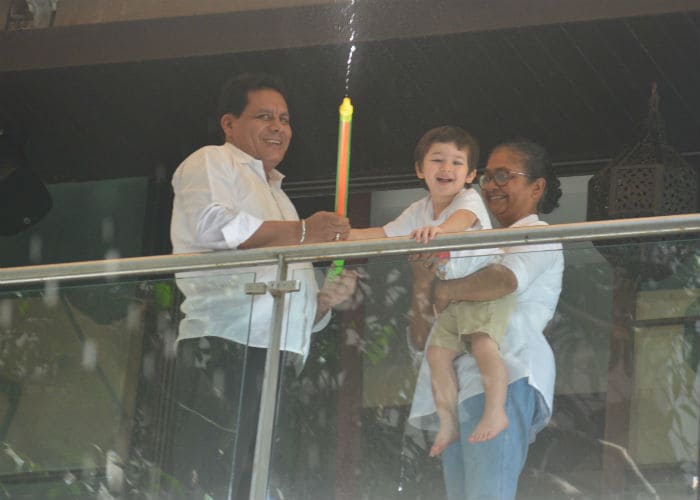 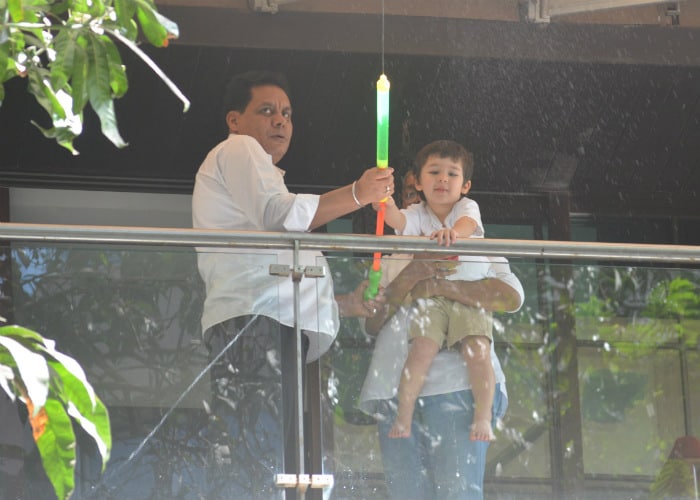 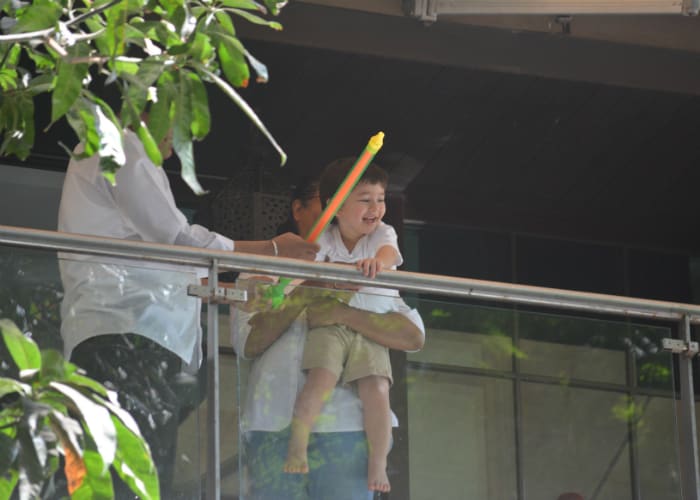 Meanwhile, Taimur's cousin - baby Inaaya - spent the day with her parents Soha Ali Khan and Kunal Kemmu. The trio stepped out together - Inaaya was adorable in a blue salwar kameez. 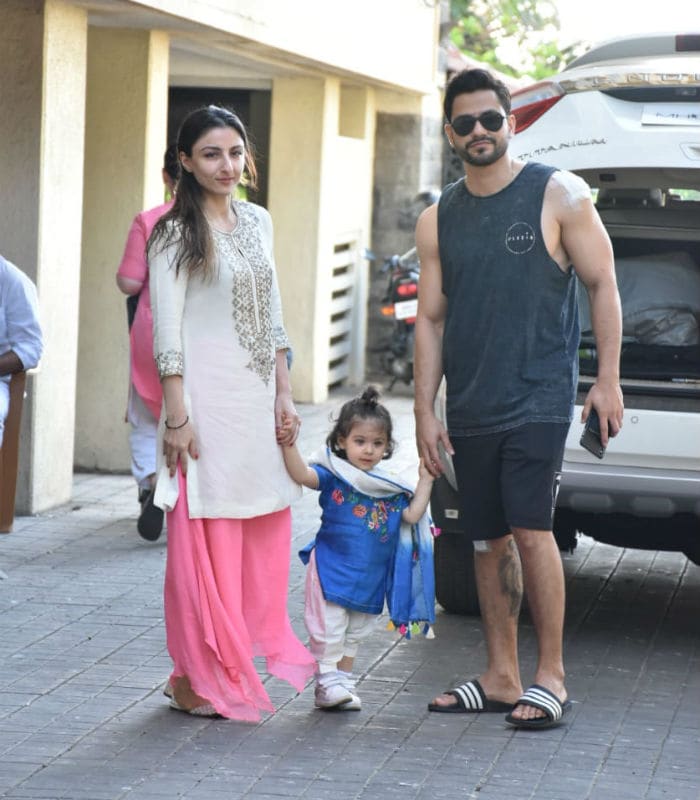 Viral photos of Taimur playing Holi remind us of what Kareena Kapoor said on Arbaaz Khan's talk show recently. Addressing the paparazzi frenzy over Taimur's photo, the concerned mother said: "I think sometime they cross a line... Every day there's a picture of Taimur and Saif because he goes to the gym with Saif. So, I'm like once in a while its fine but every day, what is the reason who have to see this child... He's two-years-old. You have to allow this person to live his life, especially when it's a child, who is growing up."

Saif Ali Khan's mother Sharmila Tagore also told news agency IANS: "I suppose we have to live with it. This is the age of social media. I don't think anything can be done about it."

Taimur Ali Khan will celebrate his third birthday in December this year.