Sonam's family and friends have been revealing their secret lucky charms on the actresses Instagram profile. 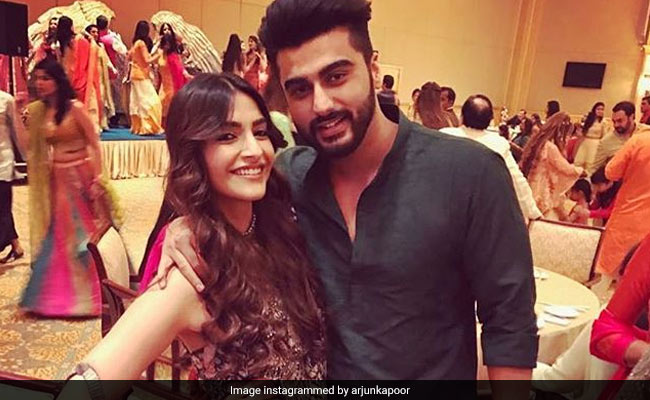 Sonam Kapoor is all set for her new film The Zoya Factor, in which she plays a sprightly character named Zoya, who eventually turns out to be the 'lucky charm' for the Indian Cricket Team. In the days leading up to the film's release, Sonam's family and friends have been revealing their secret lucky charms on the actresses Instagram profile. Sonam's cousin Arjun Kapoor adds his version to the list on Tuesday and you won't believe the "funny superstition" he believes in! In the video, Arjun says that every time the television or the stereo is switched on at home, he has to grab hold of the remote control and set the volume on an odd number. LOL. "The remote controller of the house! It indeed is a funny superstition that the odds will never be in your favour," writes Sonam Kapoor while sharing the video.

@arjunkapoor, The remote controller of the house! It indeed is a funny superstition that the odds will never be in your favour! #WhatsYourLuckyCharm #TheZoyaFactor

Meanwhile, Varun Dhawan says that a certain screen at a Mumbai PVR is lucky for him and hence he releases the trailers of his films in that particular screening hall. In addition, he orders for the caramel flavoured tub of popcorn as a ritual. "I have followed this for a long time but sometime people fail but this has been my lucky charm," says Varun.

Talking about his lucky charm, Karan Johar says he has followed several superstitious beliefs before arriving at this conclusion: "I decided to let go of all my lucky charms and believe in just one thing - a sense of conviction. I just feel conviction is my lucky charm."

Could this get any better! KJo himself has shared his lucky charm! Self belief is the true lucky charm!#WhatsYourLuckyCharm#TheZoyaFactorpic.twitter.com/OvaG0gk2tt

Earlier on Monday, Alia Bhatt and Ranbir Kapoor were the first ones to join Sonam Kapoor's 'lucky charm' project. While Ranbir talked about his obsession with the number 8, Alia said she acts out a situation in front of the mirror to make it happen in real-life.

My good friend, #RanbirKapoor has just sent this sweet video of his lucky charm! Thank you so much mere Sanju! Tell me your lucky charms using the hashtags below! May the luck be with you!#WhatsYourLuckyCharm#TheZoyaFactorpic.twitter.com/Ttd5zQFQXE

@aliaabhatt, your lucky charm describes you best! Good thoughts and good vibes only! Thanks for sharing your lucky little secret! #WhatsYourLuckyCharm #TheZoyaFactor

Sonam Kapoor co-stars with Dulquer Salmaan in The Zoya Factor, which will arrive in theatres on September 20.