Angad Bedi said, "The character I'm playing needed aesthetic of the fashion sense Karan has in his personal life." 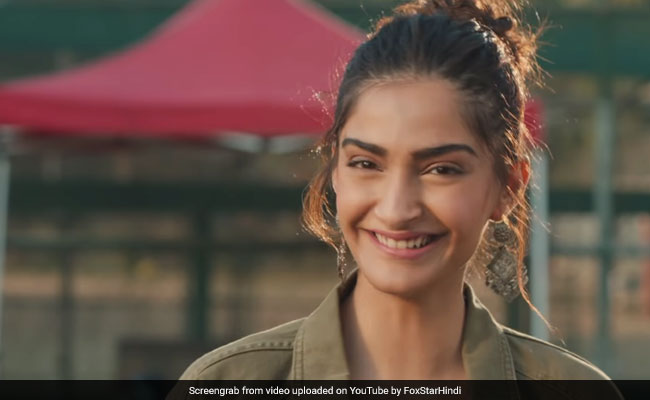 Sonam Kapoor in a still from The Zoya Factor. (Image courtesy: YouTube)

Filmmaker Karan Johar is arguably one of the most fashionable Bollywood celebrities with some really classy and jazzy outfits in his wardrobe. As per an IANS report, several pieces from Karan Johar's personal wardrobe have made it onscreen in soon-to-release The Zoya Factor. To style actor Angad Bedi, the costume department of The Zoya Factor sourced outfits from Karan Johar's wardrobe. Angad Bedi, who plays a suave cricketer, told IANS, "My character needed different looks as formals, athleisure and layers. So we put together a range of high-end brands to give the character a look that would best deem fit. Karan was kind enough to allow us to source clothes from his wardrobe."

"He is a style icon and the character I'm playing, Robin, needed aesthetic of the fashion sense Karan has in his personal life. My producers, Aarrti and Pooja Shetty, put together looks from his personal wardrobe," said Angad.

Angad Bedi and his actress wife Neha Dhupia along with the Shetty sisters are in Karan Johar's circuit of close friends and for them, the 47-year-old filmmaker would not have hesitated before sharing outfits from his closet. Karan Johar is known to have given away several items he shopped for to his filmy friends. On KJo's talk show Koffee With Karan, Ranveer Singh revealed that one of his tracksuits (worth Rs 3.5 lakh) was a hand-me-down from Karan.