The Fashion Advice That Sonam Kapoor Would Give Deepika Padukone 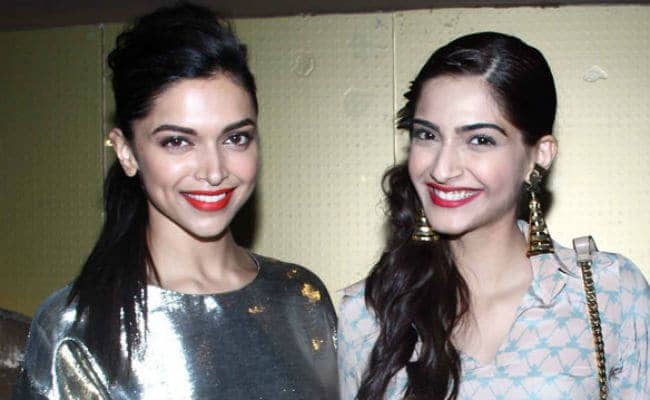 Sonam Kapoor is arguably one of the most fashionable actresses in Bollywood today but here's what the actress thinks about the fashion game of her colleagues. The 34-year-old actress, who is currently busy with the promotional duties of her forthcoming film The Zoya Factor, in a recent rapid fire session with Bollywood Hungama's Faridoon Shahryar, opened about what she thinks of Bollywood stars' fashion sense. When Sonam was asked about her take on Deepika Padukone's fashion sense, she said, "I think she has an amazing body. So, she should dress to show her body." Sonam also had a word of advice for her Prem Ratan Dhan Payo co-star Salman Khan. "Don't wear t-shirts," said Sonam Kapoor.

Deepika Padukone and Sonam Kapoor share a great rapport. The actresses have not co-starred in a film together, but the duo did make an appearance together in Karan Johar's popular talk show Koffee With Karan season 3 in the year 2010, which was one of the most controversial episodes of that season. Deepika and Sonam made their Bollywood debuts at the same time in the year 2007. Deepika starred in Om Shanti Om, co-starring Shah Rukh Khan while Sonam Kapoor made her debut opposite Ranbir Kapoor in Saawariya.

In terms of work, Sonam Kapoor currently awaits the release ofThe Zoya Factor, co-starring Dulquer Salmaan, in which she will be seen playing the role of advertising agency executive Zoya Solanki. The film is slated to release on September 20. Ek Ladki Ko Dekha Toh Aisa Laga was Sonam's last release.

Deepika Padukone will next be seen in Meghna Gulzar's Chhapaak, in which she will play the role of acid attack survivor Laxmi Agarwal. She will also be seen as Roma Dev (Kapil Dev's wife) in Kabir Khan's '83, which stars Ranveer Singh as Kapil Dev.