"The World Has Become A Different Place," Writes Amitabh Bachchan From The Sets Of Kaun Banega Crorepati 12

Amitabh Bachchan wrote, "Prep for KBC 12 has begun and the notice of extreme discipline in the execution of work is astonishing" 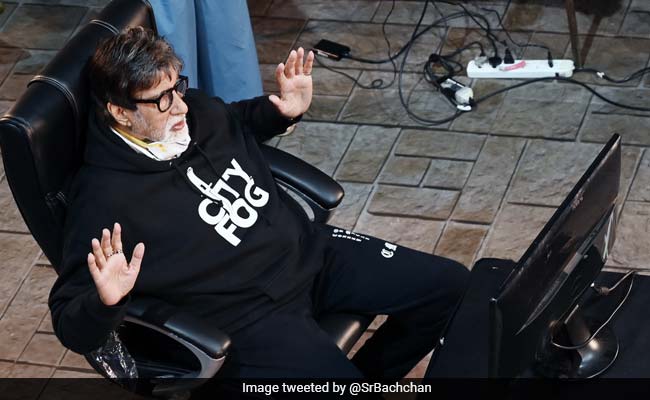 Actor Amitabh Bachchan's take away from the current safety measures in place during the filming of Kaun Banega Crorepati 12 is - "The world has become a different place." The 77-year-old actor on Thursday tweeted pictures from the sets of show and wrote, "The work routine beginneth as does the prep for KBC 12... Safety, care and precautions all in place. The world has become a different place... The world has changed." On the sets, the crew members are working with PPE kits on along with facemask and face shields, and regular sanitisation of the equipment and the premises is in place. On his blog, Mr Bachchan added, "Yes, that was what was missing - Routine. Having found it this morning and taken it to heart, there is a continuum in thought word and deed. Strange but true and laced with fact... Prep for KBC 12 has begun and the notice of extreme discipline in the execution of work is astonishing."

T 3639 - The work routine beginneth .. as does the prep for KBC 12 .. safety , care and precautions all in place .. the World has become a different place .. pic.twitter.com/lMkLYcVNsc

Meanwhile, Amitabh Bachchan shared more BTS pictures from the sets of the show on his blog, from which it appears that the showrunners have decided to continue with the live audience option - maybe lesser in number. Several reality shows - for example Sa Re Ga Ma Pa L'il Champs - opted against live audience on the sets as an added safety measure. Back on the sets of KBC, the aspiring 'hot seat' contestants can be seen waiting patiently for their respective turns on the sets but with face shields and/or facemasks on.

Earlier this week, Mr Bachchan shared another scene from the sets, in which the technicians and the crew members behind the camera were seen wearing blue PPE kits. He wrote, "It's back to work... In a sea of blue PPE."

After the coronavirus outbreak in India in March, production of television show, films and other entertainment projects halted. In July, filming resumed gradually and in compliance with the government issued guidelines for safety.