"No one speaks unless it's work related... it's like a laboratory where some rather deep scientific experiments abound," wrote Big B 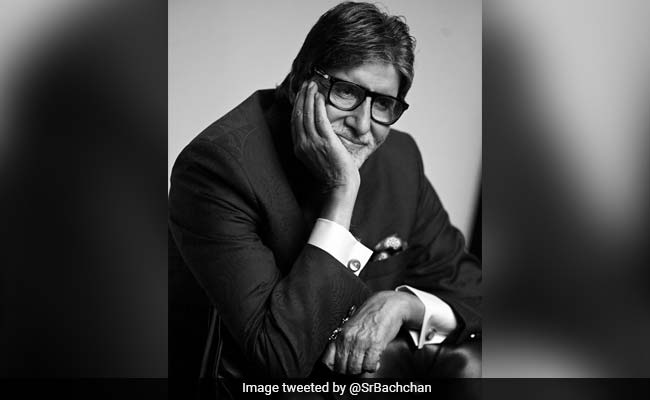 Amitabh Bachchan has begun shooting the twelfth season of the famous quiz show - Kaun Banega Crorepati. The 77-year-old actor, on Monday, shared pictures from the sets of the show, which started 20 years back, on his social media profile. Big B, who recently recovered from COVID-19, also revealed in his blog how everyone has been working on the set with all possible safety precautions. Sharing a picture collage, which shows crew members wearing blue PPE kits on the sets while recording the show, Amitabh Bachchan wrote on Instagram: "It's back at work... in a sea of blue PPE... KBC 12... started 2000... today year 2020... 20 years! Amaze... that's a lifetime!"

The first season of Kaun Banega Crorepati premiered in July, 2000 and was hosted by Amitabh Bachchan. The actor has served as the host of the show in almost all of the seasons, except season 3, which was hosted by Shah Rukh Khan.

Recalling his journey on the show and giving glimpses of the first day of the shoot post his recovery from the coronavirus, Amitabh Bachchan wrote in his blog: "It has begun... the chair, the atmosphere, the KBC 12... started year 2000... today year 2020... unimaginable that the years have passed... that the show has lasted... that the nerves are back... it's a sea of limited blue on set...quiet...conscious...each delegated work routine...precautions, systems, distanced masks, sanitised and the apprehensions of not just what shall happen to the show but what shall the world look like after this dread vid-19. Getting in front of the cameras again...was it weird, different feel after this long furlough... dunno."

Elaborating on how the team has been following safety norms, Big B added: "There is a loss of camaraderie... no one speaks unless it's work related... it's like a laboratory where some rather deep scientific experiments abound... this was never expected... never the time to see such visuals... but there it is...recognised faces now unrecognisable... and the doubts whether we are in the right place, with the right people... but... we muster up the fears and be on... there is great consideration and care being extended... all precautions carefully worked out and followed... precautions were there earlier too in times of distress... but this time its severe... its personal... this time, they know its fatality, god forbid... and that lingers... the light-heartedness has sealed itself... isolated... do the do and leave."

See pics from the sets of Kaun Banega Crorepati 12 here: 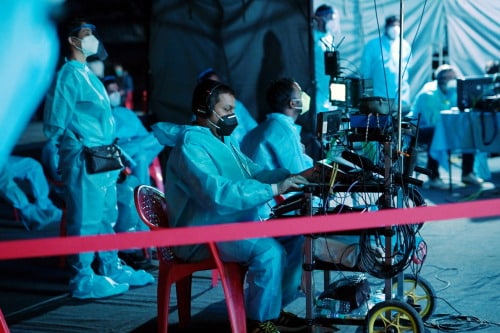 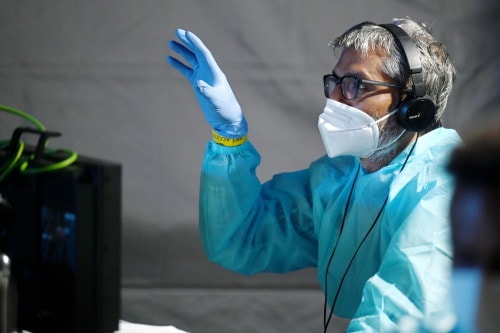 A couple of days ago, Big B informed his fans that he will soon start shooting Kaun Banega Crorepati 12. The actor, who started working on the new season on the quiz show back in May, two months after which he was diagnosed with COVID-19, wrote in his blog: "Lots of prep and presentation for the starting of Kaun Banega Crorepati promo shoots and the KBC itself... detailed protocol of how it is all going to be done with maximum safety precautions."

Amitabh Bachchan was diagnosed with COVID-19 on July 11. The actor and his son Abhishek Bachchan, who also tested positive for the virus on the same day, were admitted to Mumbai's Nanavati Hospital. Big B recovered from the virus and returned home on August 2.