"The Show Got It Wrong": Priyanka Chopra Apologises For Her Participation In The Activist

"I'm sorry that my participation in it disappointed many of you," wrote Priyanka Chopra 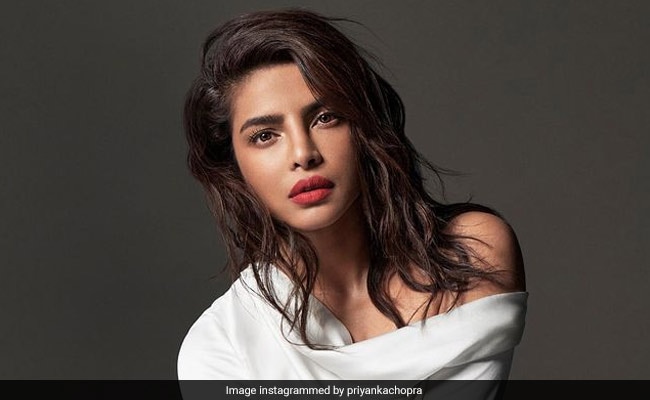 Priyanka Chopra, who was listed as one of the hosts of the forthcoming series The Activist, issued an apology for her participation in the show. "I have been moved by the power of your voices over the past week. At its core, Activism is fuelled by cause and effect, and when people come together to raise their voice about something, there is always an effect. You were heard," read an excerpt from her post. The actress' statement arrived a few days after the show received major flak from a section of the Internet. The initial format of The Activist was supposed to be like a planned reality competition show, which a lot of people pointed out, was against the actual nature of activism. Another school of thought was that mixing activism and competition isn't right.

After the backlash, CBS announced that it is changing the format of The Activist competition series to a one-time documentary. It was originally supposed to have Priyanka Chopra, Usher and Julianne Hough judging a competitive series.

The Quantico star added in her statement, "The show got it wrong, and I'm sorry that my participation in it disappointed many of you. The intention was always to bring attention to the people behind the ideas and highlight the actions and impact of the causes they support tirelessly. I'm happy to know that in this new format, their stories will be the highlight, and I'm proud to collaborate with partners who have their ear to the ground and know when it's time to hit pause and re-evaluate."

She added, "There is a global community of activists who fight the fight every single day and put their blood, sweat and tears into creating change, but more often than not, they are rarely heard or acknowledged. Their work is so important and they too deserve to be recognized and celebrated. Thank you to each and every one of you for all that you do."

TV personality and activist Jameela Jamil was one of the first popular faces to praise the change of the format of the show. She wrote in a tweet: "Well done everyone. Now we might get a dignified show that just signal boosts important causes and raises support and awareness, as well as money. Thumbs up Good of Global Citizen Forum to listen and act swiftly."

Well done everyone. Now we might get a dignified show that just signal boosts important causes and raises support and awareness, as well as money. Good of @GlobalCitizenFo to listen and act swiftly. https://t.co/6jONLoijSZ

Priyanka Chopra, a former Miss World and a Bollywood star, is a woman of many hats. She is the first South Asian woman to headline the cast of an American television show and has featured in many Hollywood projects. Priyanka Chopra is a tech-investor and also counts as a UNICEF Goodwill Ambassador. She runs a hair care brand called Anomaly Haircare, is a film producer and she recently launched an Indian restaurant called Sona in New York. She was last seen in Netflix's The White Tiger, which she also produced. Her next project is Citadel, for which she is in London.