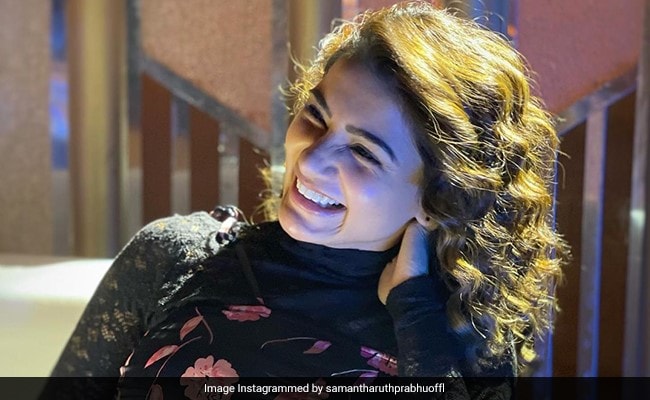 On Tuesday, Samantha Ruth Prabhu shared a photo from the sets of Vignesh Shivan's Kaathu Vaakula Rendu Kaadhal.Samantha was seen as Khatija in the film and now, she has written a thank you for Vignesh. Sharing the photo, Samantha Ruth Prabhu wrote, "Khatija. Thank you @wikkiofficial for letting me have fun with the role. Comedy is my favourite genre and it's always extra special when I get to play a role that allows me to be who I truly am (aka the funny girl). You delivered more than you promised and I will always be grateful Thank you @jukalker @sadhnasingh1 @koduruamarnath I love you." The post has more than 15 lakh likes.

Kaathu Vaakula Rendu Kaadhal's director Vignesh Shivan reposted Samantha Ruth Prabhu's Insta post and across it, he wrote, "Thank you Sam ji. This is all we wanted right from day 1 and glad to see this today. Happy." 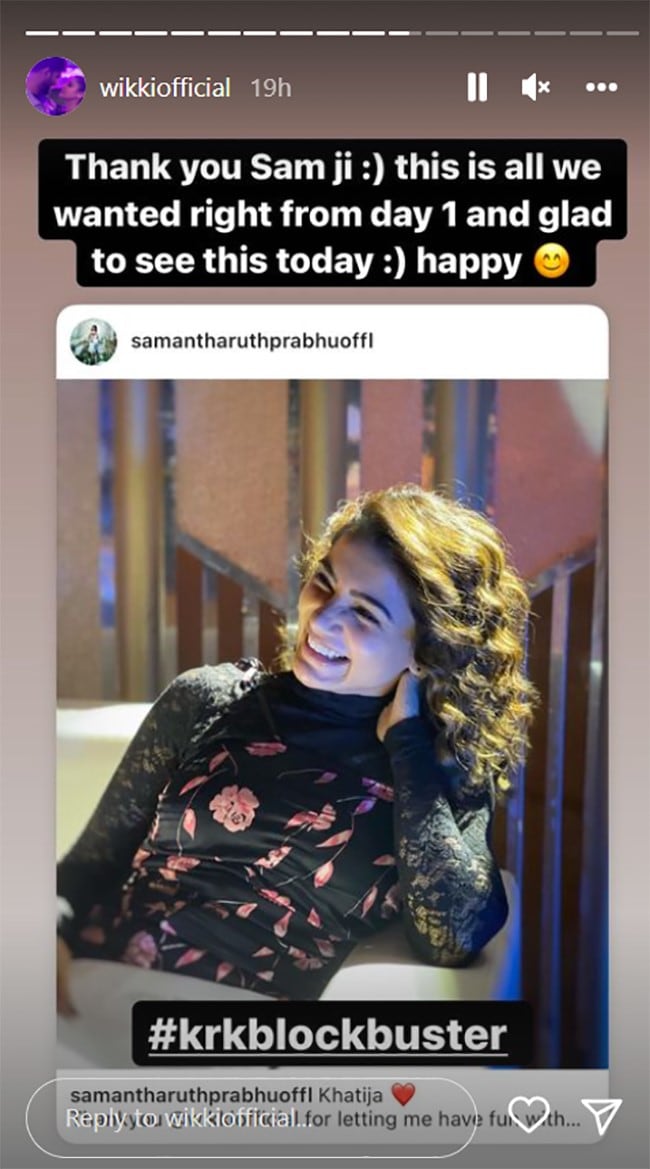 Kaathu Vaakula Rendu Kadhal also stars Vijay Sethupathi and Nayanthara in lead roles. After the release of the film, Samantha Ruth Prabhu had thanked the fans for their support and in a video message, she had said, "Thank you guys for the overwhelming response on Kaathuvaakula Rendu Kadhal. It means the world to me; I wish I was there to see it. All of you guys enjoy the film. The response, your messages, texts, and tweets mean the world to me. Thank you so much."