How cute is this picture of the Pataudi brothers 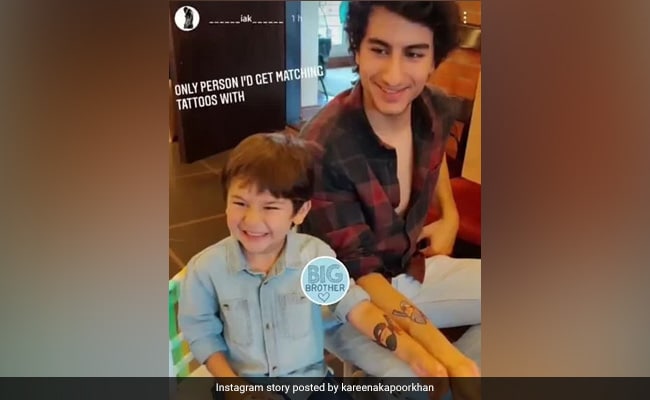 Kareena Kapoor has been blessing our Instagram feeds with super cute pictures and we are loving every bit of it. The occasion? It is Inaaya Naumi Kemmu's birthday. Kareena checked into the birthday party along with her sons Taimur and Jeh. Meanwhile, on her Instagram stories, she shared pictures from Inaaya's 4th birthday celebrations. She posted a screenshot of Saif Ali Khan and Amrita Singh's son Ibrahim Ali Khan's Instagram story, in which he can be seen happily posing with brother Taimur. "The only person I would get matching tattoos with," read his caption. "Big brother," Kareena wrote. 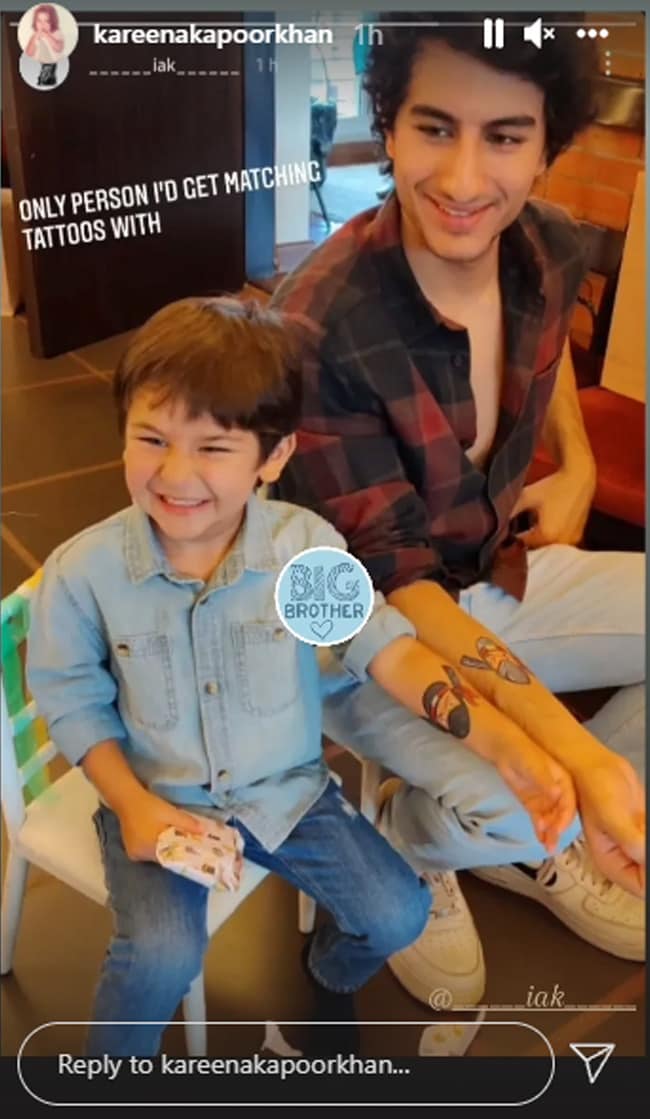 Here's a picture of Taimur with the birthday girl Inaaya. 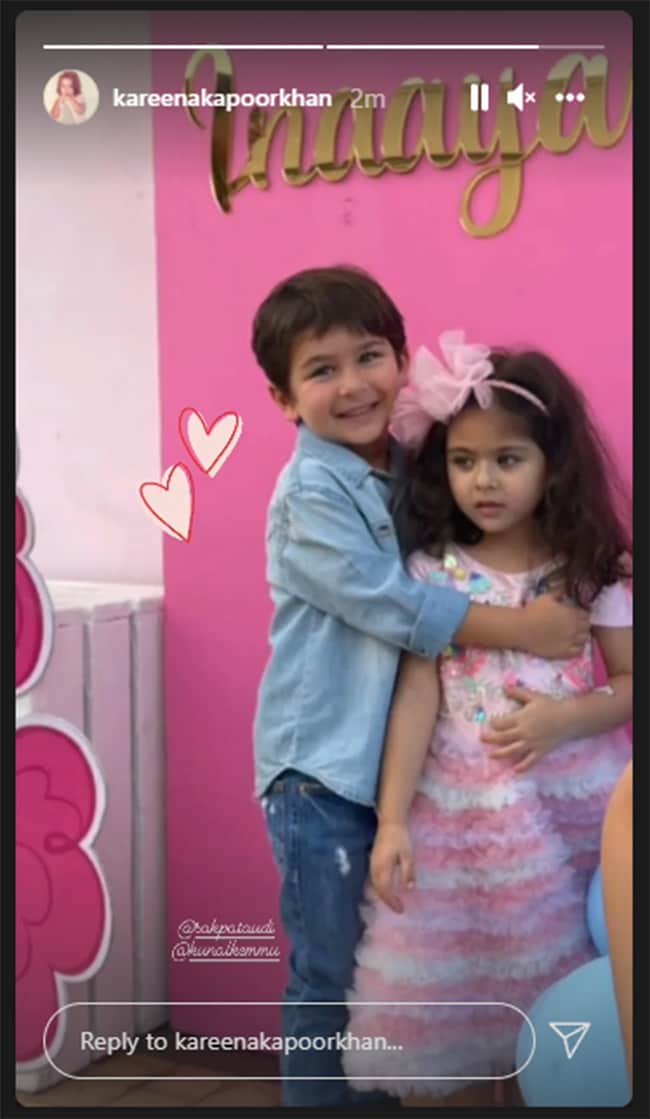 Ibrahim Ali Khan has some impeccable genes. His parents - Saif Ali Khan and Amrita Singh are Bollywood actors. His father is now married to actress Kareena Kapoor. His grandmother (Saif's mother) Sharmila Tagore is a veteran actress. His late grandfather Mansoor Ali Khan Pataudi was a legendary cricketer. Ibrahim's sister Sara, who made her Bollywood debut in 2018, has featured in several films.

Kareena Kapoor and Saif Ali Khan welcomed son Jeh on February 21. "We have been blessed with a baby boy. Mom and baby are safe and healthy. Thank you to our well-wishers for their love and support," Saif said in a statement. Kareena and Saif Ali Khan married in 2012 after dating for some years. They announced their second pregnancy last August. The couple are also parents to Taimur, 4.