A few hours after the nail-biting match came to an end with KKR celebrating the win, Suhana wrote about the IPL matches getting her "stressed" since 2008 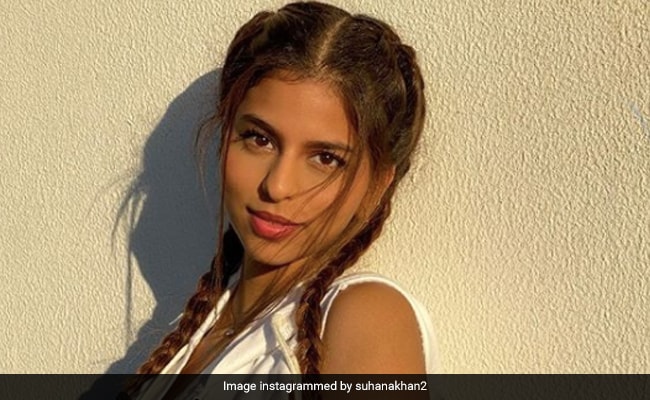 Suhana Khan was one of the loudest cheerleaders for dad Shah Rukh Khan's team Kolkata Knight Riders at Sunday's match in Dubai. The KKR vs Sunrisers Hyderabad match spilled into a Super Over and KKR won by two wickets. A few hours after the nail-biting match came to an end with KKR celebrating the win, Suhana wrote about the IPL matches getting her "stressed" since 2008 - the year the first Indian Premier League was held. "The stress, since 2008," Suhana, dressed in white, captioned her photo and added a purple heart dedicated to KKR. In 2008, Shah Rukh acquired Kolkata Knight Riders along with Juhi Chawla and her husband Jay Mehta. Kolkata Knight Riders will play against Royal Challengers Bangalore next on October 21.

Wow what a Sunday. Whew! Well played @kkriders boys! Welcome Lockie. The excitement made our hearts jump. Now let's jump to celebrate the victory! Thanks fans for being there thru thick & thin. Come along and #Laphao with us.
Send us your videos doing the rap! https://t.co/tZcyLYFthU

On her Instagram, Gauri shared a bunch of throwback photos of herself cheering for KKR in the past years. "Well done, KKR," she wrote. 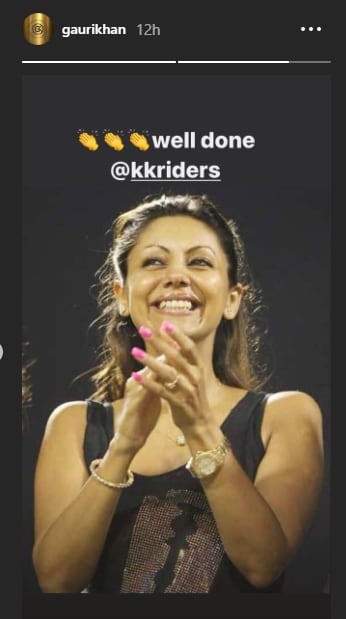 Previously, Suhana Khan has been spotted along with her brother Aryan, dad Shah Rukh and cousin Alia Chhiba. Gauri Khan also joined the family in the stands.

Suhana was also spotted partying with her cousin Alia Chhiba in Dubai: 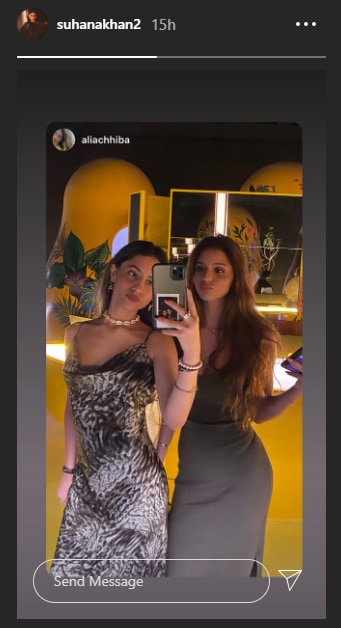 Suhana Khan, who aspires to become an actress, studies film at New York University. She has featured in a short film The Grey Part Of Blue, which was part of her school project from when she was studying films at Ardingly College. Suhana has also made her magazine cover debut with Vogue in 2018.