This is arguably the cutest thing on the Internet today 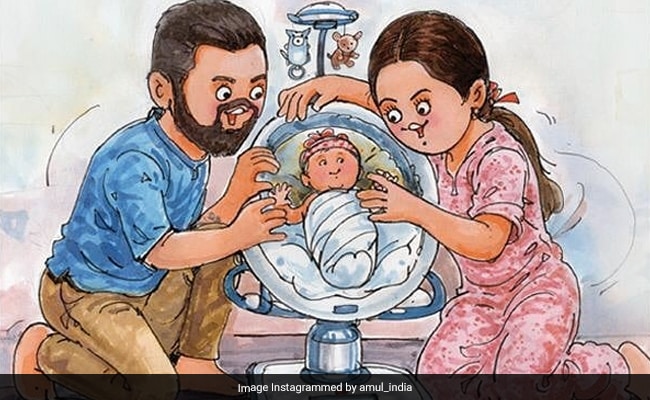 As congratulatory greetings for Anushka Sharma and Virat Kohli keep pouring in, Amul stole our hearts again with a super cute post for the new parents and their baby girl, who they welcomed on Monday. They posted an adorable cartoon that features a baby, with her parents Anushka Sharma and Virat Kohli by her side. It wasn't just the picture that has our heart, the caption on the post and the wordplay was equally adorable. The text on the topical read: "Bowled over by this delivery. Welcome it home." Just like us, the Internet too loved the post dedicated to Virushka, as their fans lovingly call them. "Aww," commented an Instagram user. Many other fans added heart and heart-eyed emojis in the comments section of the post. The caption on the post read: "Anushka and Virat blessed with a baby girl."

Anushka Sharma and Virat Kohli welcomed a baby girl on Monday afternoon. Virat Kohli shared the big news on Twitter and he wrote: "We are thrilled to share with you that we have been blessed with a baby girl this afternoon. We thank you all for your love, prayers and good wishes. Anushka and the baby are both healthy and we are feeling beyond blessed to start this new chapter of our lives. We hope that you can respect our privacy at this time."