The Fame Game Trailer: Madhuri Dixit As A Missing Superstar And A Family Full Of Suspects

The Fame Game: The trailer showcases the story of a superstar named Anamika Anand, who goes missing 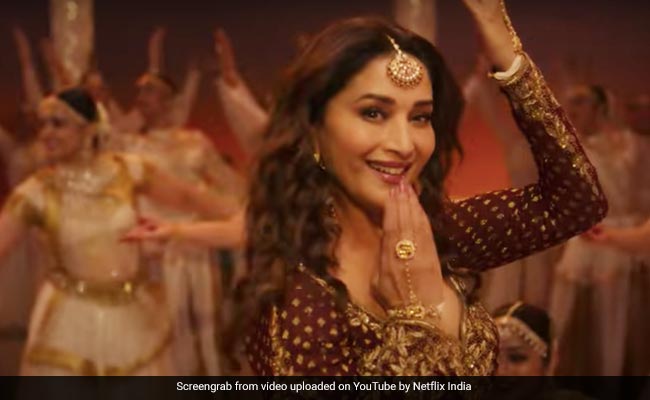 The Fame Game: Madhuri Dixit in the trailer. (courtesy YouTube)

The trailer of the Netflix series The Fame Game released on Thursday and it is full of nail-biting moments. The series, featuring Madhuri Dixit in the lead role, showcases the story of a superstar named Anamika Anand, who suddenly goes missing. Anamika Anand's disappearance puts her family members and friends in the radar of suspicion. Sanjay Kapoor, who stars as Anamika Anand's husband, hints that all was not going well in the couple's married life. In another segment, Anamika's son says that the superstar's life was anything but perfect. Manav Kaul, who features as Anamika's co-star, says that there was more to his and the actress' relationship. "We were more than co-stars," he says. As investigations proceed, the lesser-known and the dark aspects of Anamika Anand's life surface.

The trailer begins with Madhuri Dixit (Anamika Anand) saying that she feels "blessed" and that she is a "normal mom, wife and a daughter" and has a "simple family" - which in fact, is contradictory to what her life is actually like. Throughout the course of the trailer, Anamika often questions her real identity as she is someone who plays "a new role on screen everyday."

Check out the trailer of The Fame Game here:

The series, which was previously titled Finding Anamika, has been directed by Bejoy Nambiar and Karishma Kohli and it has been produced by Karan Johar. The Fame Game series will stream from February 25 on Netflix.

Weekend Binge: If You Like The Tinder Swindler, Swipe Right On These Shows