Taapsee Pannu said: "As much as I have been trying to get some clarity on the matter, they have been putting the conversation off" 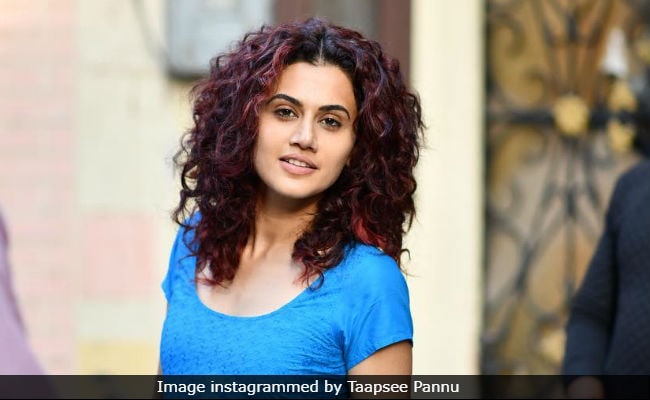 Taapsee Pannu on the sets of

Taapsee Pannu, who was in talks for Pati Patni Aur Woh remake, was allegedly 'dropped from the project' with any intimation from the filmmakers, she told Mumbai Mirror. Taapsee Pannu, 31, said that she was at the final stage of negotiations when the filmmakers "suddenly vanished." It has been reported that actress-in-waiting Ananya Panday is being considered to play the female lead in the film. Speaking about the reported abrupt end to her conversation with the makers of Pati Patni Aur Woh remake Taapsee said: "Poor Mudassar (director Mudassar Ali) also hasn't been given a reason for it. He was just asked to 'take someone else.' When I tried to confront the producers, I wasn't given a proper reason. As much as I have been trying to get some clarity on the matter, they have been putting the conversation off, which is very weird."

"After moving my dates, I think it would have been better if I was informed about the development instead of finding about it from others. I deserve an answer. This is disheartening," she told Mumbai Mirror.

Ananya Panday, daughter of actor Chunky Panday, will debut in Bollywood this year with Student Of The Year 2, co-starring Tiger Shroff and Tara Sutaria. Few weeks ago, it was reported that Ananya is in talks for the film, also starring Kartik Aaryan.