Taapsee Pannu will definitely not be bullied by Twitter trolls 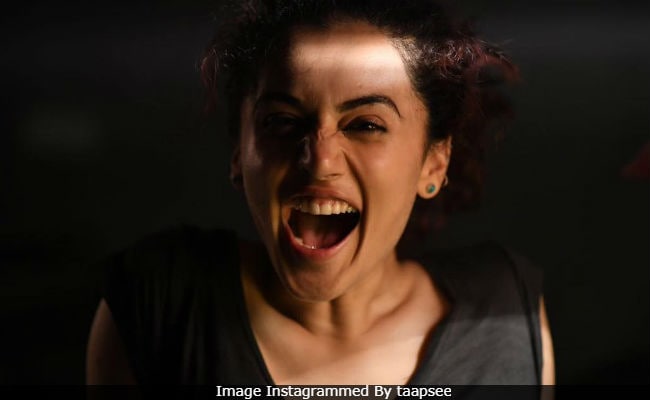 Dear trolls, do not mess with Taapsee Pannu. No, she will definitely not be bullied by Twitter trolls. The 31-year-old actress just destroyed one. A Twitter user told her that she "need a crash course on how to behave like a celeb." (Like seriously?). Taapsee has delivered subtle burns to trolls previously and she did it again. "You need a crash course on being a celeb. Every other day you act like Rishi Kapoor, picking up Twitter fights and flashing slangs at trolls," a Twitter user wrote to Taapsee and bang came the reply, which started a savage Twitter war. "When are you starting the enrollments? BTW, just to help your ignorance Rishi Kapoor is a bonafide star in every possible way! I will be happy if I can reach even half of what he is," Taapsee replied.

Rishi Kapoor, currently undergoing medical treatment in the US, co-starred with Taapsee in Mulk. The 66-year-old actor is known for his no-holds barred tweets. Some months ago, he was accused of sending Twitter users abusive direct messages on more than one occasion.

"My reference is Rishi Kapoor after 8 pm. See you should have ignored my tweet here... Lesson 1," the troll tweeted further, but after a few exchanges and Taapsee's sarcasm-laden replies, she tweeted an apology and said, "Your work is flawless and I admire that."

When are u starting the enrolments ???
Btw just to help your ignorance Rishi Kapoor is a bonafide star in every possible way! I will be happy if I can reach even half of what he is. https://t.co/zksgCLUKHF

Ok ma'am
Do u also handle social media in your classes ? Should I email you my user id n passwords ?
And btw you keep a time tab of Rishi sir's tweets makes him quite an important celeb https://t.co/BAw0rUki0G

Should I send u an invoice ??? To make u a celeb ???
Btw changing dp doesn't qualify u to be a celeb https://t.co/BBAm7q5Njj

Taapsee Pannu's reaction to the trolls is sarcasm goals x infinity. Isn't it?

A few months ago, a troll called Taapsee the 'worst looking actress,' but she knows how shut them up like a boss. Taapsee listed out the impressive line-up of her films and said:

Taapsee is often at the receiving end of offensive tweets. Last year, she was incessantly trolled for wearing a bikini in Judwaa 2. However, her replies deserved a slow clap.

Last seen in Manmarziyaan, Taapsee Pannu has just signed up for Mission Mangal with Akshay Kumar, Vidya Balan, Sonakshi Sinha and others. Tadka and Badla are some of her other upcoming films.