After his star making appearance in Pavitra Rishta, Sushant made his Bollywood debut in 2013 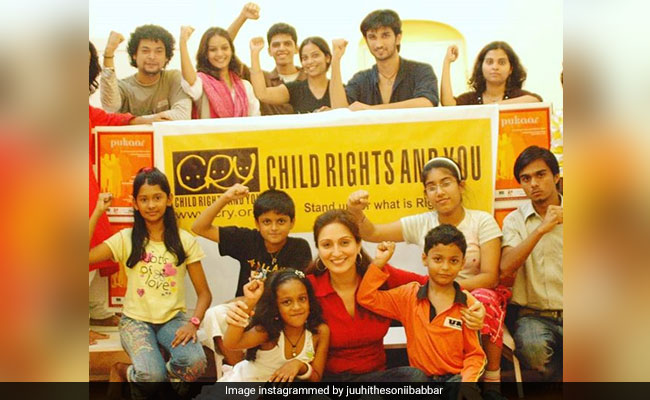 Juuhi Babbar, who directed late actor Sushant Singh Rajput in two of her plays, in her Instagram post, revealed that the actor was spotted by a Balaji casting person while he was handling the ticket counter. Ms Babbar, Sushant Singh Rajput's first director, occupied a spot on the list of trends ahead of his last film Dil Bechara's release. Sharing a picture along with the late actor, last month, she wrote: "I directed Sushant in 2 plays. In 2007, he acted in his first play Pukaar and the other one was a comedy Dauda Dauda Bhaaga Bhaaga Sa. In fact, he was spotted by a Balaji casting person while he was handling the tickets at the box office counter for one of the plays." She added in her post that the actor remained in touch with his old friends despite becoming a big star. "TV aur film star banney ke baad bhi apne theatre ke dino ke doston se juda raha. Aur mere toh ek call par hamesha, behad busy hone ke baavajood, theatre group ke shows aur events par pohoch jaata tha."

A few days before the death of Sushant Singh Rajput, his first producer Ekta Kapoor revealed that that a creative executive at Zee TV did not think that the actor was the perfect choice for Manav's character in the popular TV show Pavitra Rishta. However, she convinced the channel's creative executive that Sushant would be the right choice for Manav's character and that "his smile would win a million hearts." In her post, she wrote: "After being 35 of 50 slots we were out of top 50! This show was a chance Zee TV gave us based on a show Thirumathi Selvam (a Tamil TV soap).Wanted to cast a boy as lead who was doing second lead on our other show ! The creative at Zee was adamant he didn't look the part! We convinced them his smile would win a million hearts and it did."

After being 35 of 50 slots we were out of top 50! This show was a chance @zeetv gave us based on a show #tirumatiselvum ! Wanted to cast a boy as lead who was doing second lead on our other show ! D creative in zee was adamant he dint look d part ! We@convinced them his smile wud win a million hearts.....and it did @sushantsinghrajput